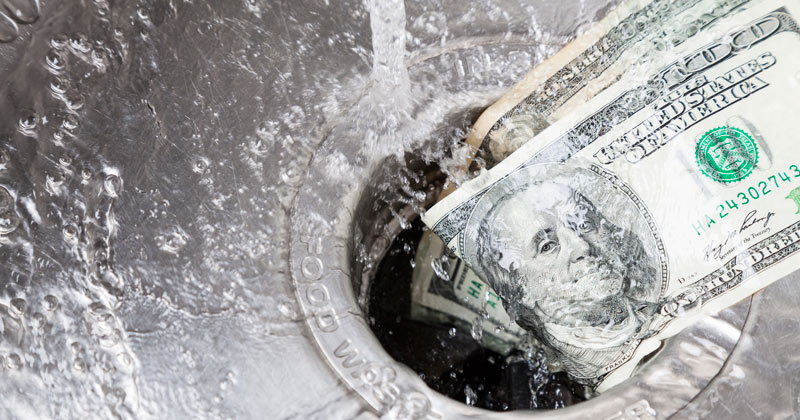 In economics, numbers without context are often difficult to understand.

The price of apples can only be understood when compared to the price of oranges, or to your salary, or to yesterday’s price. This is especially true with astronomically high numbers, such as $23 trillion. As of April 16, 2020, the US national debt1  stands at this amount. If we split it evenly among the working-age US population (15–64), it corresponds to a lump-sum tax of $118,000 per person.2 The national debt is almost always reported as a fraction of the gross domestic product (GDP). What is not always known is how these quantities are defined, and here lies my interest.

Understanding debt is straightforward: it is the money the government borrows to finance expenses that exceed tax revenue.3  Let’s move on to the denominator, the GDP. From the International Monetary Fund, the most common formulation of GDP is: The value of purchases made by final users—for example, the consumption of food, televisions, and medical services by households; the investments in machinery by companies; and the purchases of goods and services by the government and foreigners.

According to this formula, GDP, or the nation’s production, is the sum of consumption, investments, exports (minus imports), and government spending.4  If you divide the US debt by the sum of these four elements, you get a debt-to-GDP ratio of 107 percent for 2019. This is the regular procedure and how this data is read.

Now, consider some hypothetical worlds with different economic realities. If US consumers were to invest more and consume less (assume the two effects are equal in size), GDP wouldn’t change. If China produced for domestic consumption rather than for export, GDP wouldn’t change. If Germans decided they have saved enough and started consuming more, GDP wouldn’t change. These decisions imply shifts on a global scale, but they simply reflect a reallocation of resources toward more desired ends. The standards of living would be expected, if anything, to increase. These would be purposeful decisions, a priori beneficial.

Now assume a different set of economic realities. What if people reduced consumption and the government decided to offset this by increasing its consumption by the same amount? What if people stopped investing (perhaps due to thirteen years of zero interest rates) and the government decided to handpick which companies deserve funding?5 From the basic formula it would look like nothing has changed, as in the previous examples. But there’s a problem here. In Human Action Mises writes:

While government has no power to make people more prosperous by interference with business, it certainly does have the power to make them less satisfied by restriction of production. (p. 737)

This is a key reason why government spending isn’t really the same as private spending or saving. A second reason is that people are moved by self-interest and the desire to avoid losses, while the government doesn’t care about funding junk zombie companies: losses would be offloaded through taxation or inflation. Further reasons could fill a book, but I think this brief explanation is sufficient.

I propose a simple solution to this measurement problem: focus on private GDP only. That is, look at private gross domestic product (PGDP):

This is GDP but without government spending.6

This measure is similar to the gross domestic private product of Robert Higgs, who reasoned as follows:

Murray Rothbard in Power and Market similarly asserted that:

Government Dept as a Proportion of Private GDP

Now, let’s compare government debt with PGDP. The ratio of debt to PGDP has a clear interpretation: the burden of the public debt towers; below is how the people earn their salaries to pay taxes. There is no more ambiguity now: previously you could think that government spending can increase GDP faster than debt; now it is clear that government spending can only have an effect on the numerator. The graph below compares the debt-to-GDP and debt-to-PGDP ratios over time:

All data from the St. Louis Federal Reserve.

Both measures are clearly trending upward over time. However, the accurate measure, with PGDP in the denominator, is much higher (currently 27 percent) and the uptrend faster than in the classic measure (it was only 8 percent higher in 1980). This indicates an ever larger drain from the private sector, as well as the results of the fake accounting standards by which government spending is assumed to increase the capital stock of the country.7 And note that this data only goes up to 2019—the coronavirus was not even a factor then! You can imagine what this will look like once the new numbers are in.

The difference between the two may seem small or unimportant, but the implications are momentous. The real ratio shows a dramatic reduction in the alleged “debt capacity” or “fiscal capacity” (how much more debt you can take on before you’re in trouble). Almost everybody tried to justify the precrisis levels (“60 percent debt to GDP is small”). Many still justified the postcrisis levels (“100 percent is high but not sky-high”). But 130 percent cannot be justified but by the most ardent Keynesian. European countries were deemed to be in big trouble well before hitting the 130 percent mark. Of course, by now these countries are close to 200 percent, and their extreme “stimulus packages” (another expression that needs to be changed) are adding fuel to the fire. The debt-to-PGDP ratio shows that the fiscal cliff is much closer; government accounting tricks cannot make the situation look better.

As always in history, excessive government debt will end, either with a default or inflation destroying the creditors (among whom are domestic savers) or through massive social security spending cuts and tax increases.8 Either way, the end will not be pretty. There are two main takeaways: it is high time to face these long-postponed problems, but first we need to frame the problems correctly and reject these classic but mistaken definitions. GDP does not measure production, the Consumer Price Index (CPI) does not measure inflation, cost does not measure value. As long as establishment economists are allowed to dictate the language and the measures, there is little one can do to prove their conclusions wrong.