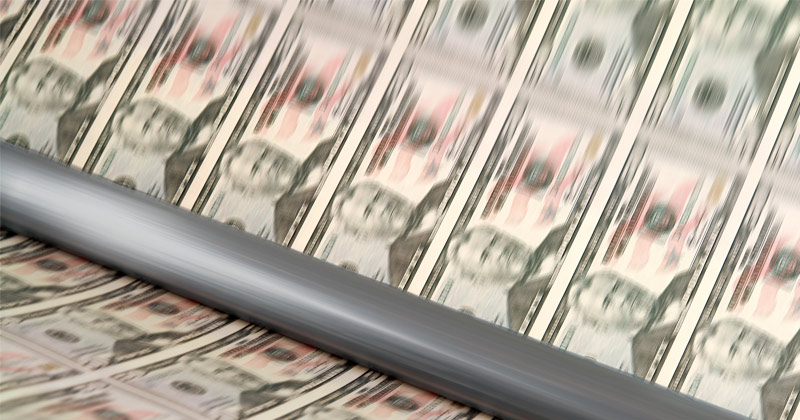 Young people today are delaying starting “adult” life until later and later. The median age of first marriage has climbed to nearly 30, up from the mid-20s a generation ago.

Clearly there are plenty of cultural changes that influence such shifts, but we shouldn’t underestimate the added burdens created by government overreach that make it more difficult for young people to settle down and start a family.

In higher education, as with healthcare, a system increasingly reliant on third-party payers for the expenses has been a major driver of exploding tuition costs. As summed up in this College Board article “with third parties paying part or all of the bills (via government and private ‘scholarships,’ subsidized loans, and subsidies of institutions), schools can often raise fees without dire financial or academic consequences.”

In 2018–19, according to College Board, undergraduate and graduate students received a total of $246 billion in student aid in the form of grants, tax credits and loans.

With billions in federal student aid, grants and below-market interest loans courtesy of the US Department of Education artificially inflating demand for college, tuition prices were sure to explode.

One obvious result is higher student loan debt. In an article published by Salon, former Labor Secretary Robert Reich notes, “the average graduate carries a whopping $28,000 in student loan debt,” and that as a generation, “millennials are more than one trillion dollars in the red.”

Making matters worse is that a significant share of recent graduates are not earning enough to afford the debt payments.

Young people are often drawn into college on the promise that a college degree is their only ticket to career success.

But increasingly, it is not. As Ohio University economist Richard Vedder has written, “The Federal Reserve Bank of New York said that 41.4 percent of recent college graduates in December 2018 were ‘underemployed,’ doing jobs mostly held by those with lesser education.”

In other words, more than two-fifths of recent grads are in jobs that don’t require a college degree. As Vedder notes, this is because “(W)e actually have too many college graduates for the number of professional, managerial, and technical jobs available.”

With a glut of college graduates flooding the job market, there is little bargaining power for millennials entering the job market, outside of those with degrees in highly technical areas. In too many cases, a college degree simply does not translate into earning power sufficient enough to pay off formidable student loans.

And that glut can in no small part be attributed to the massive sums of money flowing from government programs.

With many young folks already strapped with large college loan debts and starting salaries ill equipped to pay it back, taking on a mortgage is something many are increasingly reluctant to do.

And taking that next step is made even more difficult by rapidly rising housing prices. Housing expenditures climbed by 95 percent from 1993 to 2018, far outpacing overall consumer expenditures.2

Overly zealous housing regulations have restricted supply, especially in growing urban areas where new professionals tend to migrate. Even the left-leaning Brookings Institution had to acknowledge in this 2019 article that “increasingly strict local government regulations have driven up the cost of building new homes in many large metro areas along both the East and West Coasts.”

Meanwhile, the Federal Reserve’s dovish monetary policy has meant more money supply inflation and more dollars chasing the housing stock. Given that the Fed has kept interest rates extremely low for an extended period of time, this has led to that new money naturally finding its way into the housing market as the demand for mortgages is particularly sensitive to interest rates.

Other government policies worked to direct all that newly printed money toward the housing market as well. Programs such as the Community Reinvestment Act and government-sponsored entities like Fannie Mae buying up and guaranteeing mortgages are well documented.

Young potential homebuyers are priced out of the housing market by spiraling prices, despite the low interest rates. Moreover, many are reluctant to add a mortgage to their already imposing student loan debt.

As if struggling with student loans and escalating housing costs wasn’t enough, young people are then confronted with the high costs of raising children. Specifically, costs of day care have been soaring, thanks in large part to government intervention in that market.

According to a 2019 Atlantic article, “per-child spending on childcare increased by a factor of 21 from the 1970s to the 2000s.” And more recently, “The Census Bureau has found that child-care expenditures rose more than 40 percent from 1990 to 2011, during a period when middle-class wages stagnated. Since the 1990s, childcare costs have grown twice as fast as overall inflation.”

The Atlantic article attributes a part of child care’s hefty price tag to the industry being “highly regulated,” further noting that “states with strict labor laws tend to have the most expensive facilities.”

Caregiver-to-child ratio requirements are probably the most expensive regulatory mandate. But state licensed child care centers are burdened with massive amounts of intricate, complex, and often puzzling regulations. If you ever want to fully appreciate the busybody tendencies of the nanny state, try thumbing through your state’s child care regulation book some time (for example, here is 197 pages of “child care rules” from the state of North Carolina for your reading pleasure).

Such requirements limit the supply of day cares. The more personnel required per child (and thus per facility) means the available workers must be consolidated into fewer facilities. Moreover, the dizzying maze of red tape serves as a disincentive for potential entrepreneurs to even open a day care facility in the first place, further restricting supply.

Meanwhile, rapidly growing government subsidies serve to inflate the demand for childcare. According to the Office of Child Care within the US Department of Health and Human Services, the major federal program subsidizing child care is the Child Care Development Fund (CCDF). The discretionary portion of this fund is called the Child Care and Development Block Grant (CCDBG), and between the two total federal subsidies came to about $8.1 billion in 2018.

All told, the three subsidized and free day care programs spent just over $18 billion in 2018. Head Start spending has exploded from $4.3 billion in 1998, more than doubling in twenty years, and in 2018 1.3 million children received subsidies from the Child Care Development Fund program alone.

Naturally, with so much government funding being directed into the day care industry, demand is propped up significantly. States also add subsidies and free day care programs of their own.

The significant government interventions restricting supply and inflating demand will naturally serve to drive prices upward. Middle class families are squeezed the most, as they are taxed to pay for the subsidies and free programs but earn too much to receive the benefits—and then are forced to pay the inflated prices to boot.

The trends are clear: young people today are starting “adult life” and families at a later age. The debate of whether this is good or bad for society is beyond the scope of this article. But like many other broad cultural shifts, this too can in no small part be attributed to the influence of a leviathan government.