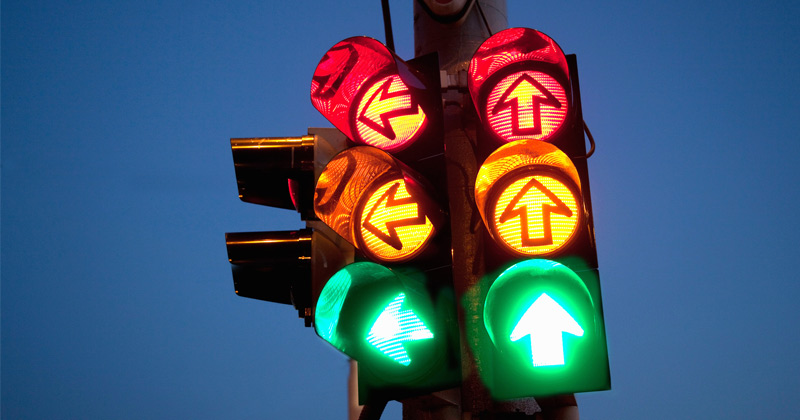 Understandably enough, the current disfavor into which socialism has fallen has spurred what Raimondo Cubeddu (1997: 138) refers to as “the frenzy to proclaim oneself a liberal.”

Many writers today have recourse to the stratagem of “inventing for oneself a ‘liberalism’ according to one’s own tastes” and passing it off as an “evolution” from past ideas. “The superabundance of liberalisms,” Cubeddu warns, “like that of money, ends up by debasing everything and emptying everything of meaning.”1

In truth, a survey of the literature on liberalism reveals a condition of conceptual mayhem. One root cause of this is the frequent attempt to accommodate all important political groupings that have called themselves “liberal.” This is an approach favored by some British scholars in particular, in whose conception of liberalism the doings and sayings of the British Liberal Party of the twentieth century weigh mightily (e.g., Eccleshall 1986; Vincent 1988).

There is no doubt that after around 1900 the Liberal Party in Britain veered increasingly in a statist direction. In the United States a similar transformation took place within the Democratic Party—once “the party of Jefferson and Jackson”—at a somewhat later date. But such shifts, evident also in Continental parties that kept the liberal name, are easily explained by the dynamics of democratic electoral politics.

Faced with the competition of collectivist ideas, liberal parties produced a new breed of “political entrepreneurs,” men skilled at mobilizing “rent-seeking” constituencies, i.e., those who use the state to enhance their economic position. In order to gain power, these leaders revised the liberal program to the point where it was “practically indistinguishable from democratic and social-reformist ideas, ending up by accepting the notion of the state as an instrument for redesigning society to produce particular ends” (Cubeddu 1997: 26).2

If one holds that the meaning of liberal must be modified because of ideological shifts within the British Liberal Party (or the Democratic Party in the United States), then due consideration must also be given to the National Liberals of Imperial Germany. They—as well as David Lloyd George and John Maynard Keynes—would have a claim to be situated in the same ideological category as, say, Richard Cobden, John Bright, and Herbert Spencer. Yet the National Liberals supported, among other measures: the Kulturkampf against the Catholic Church and the anti-socialist laws; Bismarck’s abandonment of free trade and his introduction of the welfare state; the forcible Germanization of the Poles; colonial expansion and Weltpolitik; and the military and especially naval buildup under Wilhelm II (Klein-Hattingen 1912; Raico 1999: 86–151, and passim). Actually, if one simply went by party labels, the National Liberals would have more of a right to the title liberal than the authentically liberal German Progressives and Freisinn, whom they opposed, and the question of whether the National Liberals betrayed genuine liberalism in Germany could not even be raised.

A similar difficulty is presented by the case of Friedrich Naumann, regarded by many nowadays as the exemplary German liberal leader of the early twentieth century. Naumann’s views paralleled those of the National Liberals in their later phase. He was a social imperialist par excellence, distinguishing himself by the frenzy of his campaign for colonies, a mighty navy, and the coming, yearned-for war with England, until the emerging “constellation of forces”—i.e., the formation of the powerful Triple Entente of Britain, Russia, and France—revealed the fateful error of his cherished Weltpolitik (Raico 1999: 219–61; see also the essay on “Eugen Richter and the End of German Liberalism” in the present volume).3 Must the definition and understanding of liberalism be stretched to include this “exemplary German liberal”? What, aside from standard Anglo-American intellectual parochialism, would stand in the way?

It is evident that mere self-description by politicians or political intellectuals cannot be decisive on this issue (Vierhaus 1982: 742). That Hitler called himself a kind of socialist, a National Socialist, creates no presumption that he must somehow be fitted into a history of socialism.4

A few authors have despaired of finding any common characteristics underlying the “liberalisms” of different national groups or even individual decades of modern history, though they continue to write as if there was something linking them (e.g., Wadl 1987: 13).65 Most commentators, however, have attempted some demarcation of the concept, often through a listing of traits or of model figures.

In The Liberal Imagination, the New York literary critic Lionel Trilling characterized liberalism as, among other things, “a belief in planning and international cooperation, especially where [Soviet] Russia is in question” (cited in Cranston 1967a: 460). Somewhat more plausibly, John Gray views liberalism as individualist, egalitarian, universalist, and meliorist, and goes on to distinguish equally valid “separate branches of a common [liberal] lineage” (1986: x–xi). Two libertarian philosophers, Douglas J. Den Uyl and Stuart D. Warner, maintain that the essential traits are liberty, the rule of law, representative government, and faith in progress (1987: 271). Gray and Den Uyl and Warner also furnish lists of “clear-cut,” “unquestionable” liberals, which include, besides Locke, Kant, Herbert Spencer, and F.A. Hayek, thinkers like Keynes, Karl Popper, and John Rawls.

Yet such rosters leave the concept of liberalism so impoverished as to be useless. Canvassing the views of, say, Kant, Spencer, Popper, and Rawls yields no consensus on crucial issues, for instance, the welfare state or democracy (Ryan 1993: 291). It is highly significant that an unambiguous belief in private property is absent from both Gray’s and Den Uyl and Warner’s enumeration of essential traits.6

Private property, in fact, is and has always been the chief bone of contention in the debate. In recent years, with the emergence of a revitalized movement stressing property and the free market, a number of commentators have experienced acute embarrassment. While they feel they must take notice of this movement and occasionally concede that it may be a form of liberalism, they insist at the same time that it is conservative.7 Helio Jaguaribe, evidently a star of Brazilian political science, describes Hayek, Milton Friedman, and Ludwig von Mises (identified as the author of “the libel Socialism”) as “extremely conservative” (1996: 31).8 David Spitz likewise refers to the three thinkers as “conservatives,” though what he could understand of their views is unclear, considering that he believes that Herbert Spencer was their “patron saint” (1982: 204, 206). A rather droll example of this definitional gambit is provided by the sociologist John A. Hall (1987: 37), who complains of “those modern conservative thinkers who confusingly call themselves liberals”—such as Milton Friedman.9

The use of the undifferentiated collective concepts of everyday speech is always a cloak for confusion of thought and action. It is, indeed, very often an instrument of specious and fraudulent procedures. It is, in brief, always a means of obstructing the proper formulation of the problem. (Weber 1949: 110)

The result of ignoring Weber’s warning is the terminological chaos acquiesced in by José Merquior (1991: 45–46):

the meaning of liberalism changed a great deal. Nowadays what liberal generally means in continental Europe and Latin America is something quite different from what it means in the United States. Since Roosevelt’s New Deal, American liberalism has acquired…” a social democratic tinge.” Liberalism in the United States came close to liberal socialism…

To add to his muddle, Merquior suggests that the recent spread of free-market ideas signals yet another shift in the American meaning of liberal:

On the other hand, the meaning of liberalism in its current revival, both in the United States and elsewhere, has only a tenuous connection with the mainstream U.S. meaning, and often even marks a departure from it.10

One writer deserves special mention for his strategic boldness. Michael Freeden seeks to exclude belief in private property altogether from the contemporary meaning of liberalism. According to Freeden (1996: 19, 24, 35), private property was “previously a core liberal concept,” but since the nineteenth century it has been “steadily gravitating to a more marginal position….Property continued its migratory path from liberal center to periphery…the concept of property was released to gravitate towards a concept of need which supported the notion of universal individual welfare.” Contemporary libertarians, whom some other writers classify as liberals or neoliberals, “must be excluded from the family of liberalisms” because they “stray from the evolutionary path liberalism has taken….In the struggle over the legitimacy of words, libertarianism has so far failed to become a serious contender for the modern liberal mantle.”

There are a number of problems with Freeden’s gravitational migrational position. What, for instance, does he intend to do with the term “economic liberalism”? On his analysis, it will have to denote the philosophy underlying the leveling welfare state.11 And what of cognate terms, such as “liberalization of the economy”? Presumably, that must be taken to mean, not dismantling of government controls, but instead something like extending welfare benefits. Moreover, in Freeden’s understanding, liberalism in its contemporary mode has nothing to say about the basic structure of the economy, aside from the requirement that it be fitted to meet the growing needs of welfare recipients.12

Anthony Arblaster, author of The Rise and Decline of Western Liberalism (1984)13 has reassessed his earlier work with refreshing sincerity and candor. In the process, he reveals the mind-set of writers like Freeden as they “struggle” to impose their own meaning on the contested term. Confessing that he was mistaken in allotting only a few pages to “liberal political economy,” Arblaster writes, regarding the views of Hayek and associated thinkers,

my account of the phenomenon was based on the only half conscious assumption that “history” had rendered these ideas permanently obsolete, that their revival was almost an eccentricity, certainly a deviation from the main path of modern social and political development, which pointed steadily in the direction of the growth of state intervention in the economy, and of state responsibility for the welfare of its citizens.

Now our perspective must be “different and more somber.” Contrasting “neo-liberal economic policies” with “the social democratic consensus,” Arblaster holds that while the neoliberal project is “self-evidently reactionary,” that “does not necessarily mean that it is not also a liberal one.” He adds, reasonably enough: “Only if one adopts the North America [sic] equation of the term ‘liberal’ with ‘progressive’ or ‘left-leaning’ does that become impossible by definition” (Arblaster 1996: 165–66, 171).

Grappling with this issue causes even as accomplished a historian of ideas as Alan Ryan to flounder. Ryan (1993: 293–94, 296) concedes a place to Hayek within the category of contemporary liberals, but denies that libertarianism can be a variety of liberalism on the grounds that even classical liberals did not favor decriminalizing victimless crimes. But not only is this libertarian position clearly implied by, for example, Herbert Spencer’s Law of Equal Freedom; it is also the stated view of Ludwig von Mises (1949: 728–29) and F.A. Hayek (1960: 451, n. 18).

To his credit, Ryan at least tries to differentiate “modern liberalism” from socialism. The former, he holds, “does not share the antipathies and hopes of a socialist defense of the welfare state…modern liberalism has no confiscatory ambitions” (295). But this attempt at a demarcation fails badly. The first part of Ryan’s statement is hopelessly obscure, while the second underestimates both the degree to which social democrats have resignedly accepted the market economy as the indispensable milch cow for their welfare budgets and the greed of the “modern liberal” political class for the earnings of taxpayers.14