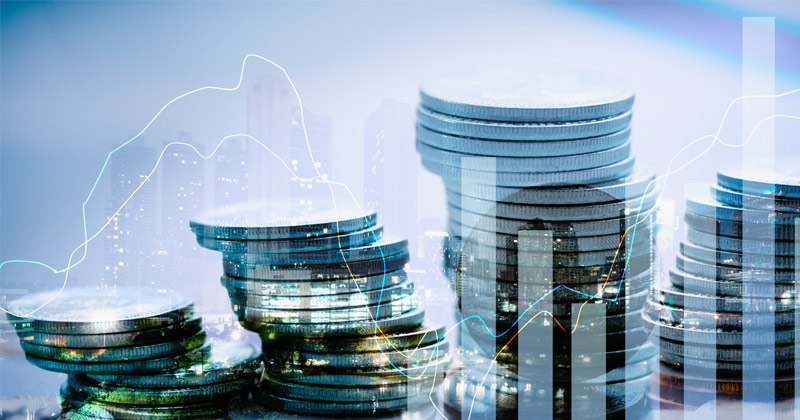 Economics has lost its way and the study has become both impotent and lacking in relevance.

It’s easy to see how and why once we recognize that proper economic thinking takes place two steps beyond the apparent. Noneconomists typically take none of these steps, while modern economics has lost the ability to go beyond the first.

This can, I think, be explained by economics’s increasing adoption of and reliance on mathematical and equilibrium models, which typically disallow the second step.

What are the steps?

They involve going beyond what is directly observed to uncover first the immediate or atemporal tradeoff and then the temporal dimension of the tradeoff in an overall process.

Frederic Bastiat famously distinguished good and bad economists by their ability (and inability, respectively) to see the “unseen.”

What he meant by this is that there is always a tradeoff: something else could have taken place had it not been for the immediate cause of the observed situation. In other words, it focuses on proper economizing through imagining the counterfactual. Proper social theorizing can go nowhere without this fundamental insight.

For Bastiat, it is illustrated by a shopkeeper’s broken window. Since the window was broken, the shopkeeper will give the glazier more business. Isn’t that a good thing? Yes, considering only what we can see, this obviously means more business for the glazier, who in turn can, perhaps, invest in his business, buy more inputs, etc. But to be able to assess this situation from an economic point of view, notes Bastiat, we must also take into account what would otherwise have happened. If we only consider the broken window’s outcome, then it would appear as though destroying things would overall be a good investment. Or, to put it differently, a war would make us much more prosperous than peace.

Similarly, by this analogy you should set your own house on fire.

This is a preposterous thought, and it is so because it does not consider the counterfactual.

Bastiat notes that had the shopkeeper’s window not been broken, he would have done something else with that money, perhaps bought shoes. So by breaking the window, the glazier gets more business but the shoemaker gets less. In both cases there would be beneficial exchange. So we cannot say that breaking stuff is better because it leads to certain actions. In fact, it is worse, because the shopkeeper (and “society”) loses the value of the window.

Breaking the window sets us back; it does not take us forward (unless we are the glazier).

But although Bastiat’s point is important, it is not enough to properly think about the economy. In fact, modern economic models and equilibrium theorizing are based on this fundamental tradeoff. Economists understand and can point to the real tradeoff, which explains why they are often disliked by those who conceive of quick fixes and present them as solutions, basing their reasoning solely on the “seen.” Taking the “unseen” into account changes the analysis and makes it much harder to improve things.

The difference between modern economics and proper economic thinking lies in taking the next step after having arrived at the “unseen” to what I refer to as the “unrealized.” Rather than relatively simple comparisons (or comparative statics) taking the immediate tradeoff into account, the “unrealized” recognizes that the economy is an ever unfolding process of actions that, fundamentally, are economizing using the imaginable tradeoffs.

This goes beyond the multiplier effect that is semipresent in Bastiat’s story.

Even the multiplier, that an investment spreads through the economy as the money changes hands, only considers (and follows) one change. The rest of the economy is (theoretically) held constant as the money “ripples” are traced step by step. This is a simplification, and it is an important one to recognize, since it is only a simplification. It can help to uncover a specific process or the implications of a specific action, but it does not help us understand the overall market process.

The “unrealized” recognizes the historic processes and the tradeoffs in it as well as the future.

In other words, it doesn’t simply take our situation as it is and theorizes from it, but asks where this situation comes from.

Specifically, the economy is all of our actions and interactions aggregated. But our choices (and our actions) are made in reaction to the options we are presented with.

This becomes a necessary tool when assessing the impact of historic regulations and, more importantly, the possible outcome of introducing new regulations.

Perhaps we want certain restrictions on a specific unsavory behavior. But what does this restriction mean in terms of the choices that can be made by people in the future? It is not as simple as Bastiat’s tradeoff between window and shoes. The glazier’s won business leads to different behavior than had it not happened. It, in turn, affects choices made by yet others, whose “choice set” (the types and number of choices available to them in any situation) is affected by the glazier’s actions.

Had Bill Gates not formed a business around MSDOS and Windows, what options for employment would young people of today have?

This is important, because it traces the “ripples” of actions and changes through the economy over time, and recognizes that there is more than one tradeoff—that one choice influences one’s and other people’s future choices.

It can be argued that any forced change can have enormous consequences in seemingly unrelated situations, as I do in my book The Seen, the Unseen, and the Unrealized: How Regulations Affect Our Everyday Lives.

For instance, the sweatshop is often argued to be much better employment for people in developing countries than any and all options they have. This is true, and the argument emphasizes the tradeoff these people are facing: they choose between working in the sweatshop or something much more terrible. But what this analysis fails to recognize is why these are the only options available. Why is it that sweatshops can be established in poor countries, but other options are not nearly as beneficial? If one sweatshop can function in some location, why are there not many sweatshops there to compete for workers with (even) higher wages and better work conditions?

It should be obvious that the present economy can facilitate the one sweatshop, which means it can also facilitate more sweatshops. So why is this not the case?

Why do those other job opportunities remain unrealized?

The answer lies in costs and frictions imposed on the economy somewhere. But as it is an integrated system, these impositions may not be where the sweatshops are. In fact, the sweatshop phenomenon can be a result of, for example, international trade regulations and trade agreements, and even regulations in other nations entirely. What appears to be a low-cost policy or regulation in one country can indirectly affect options for distant peoples and thus their conditions.

It is thus possible (even likely) that domestic regulations in developing countries are the cause, or at last contribute to, the lack of economic development in other countries.

A restriction on one person generates different choices than there otherwise would have been, which changes the choice set of all those affected—of those who are “stripped” of options that otherwise would be available and those who “gain” options.

These are real distortions that must be taken into account to properly understand regulations. And proper economic reasoning recognizes these processes, and their vast and important effects.

We may not be able to trace them in detail, or measure them empirically, but they must be considered when studying and attempting to understand the economy.

Proper economic thinkers take two steps ahead, from the seen through the unseen to the unrealized.