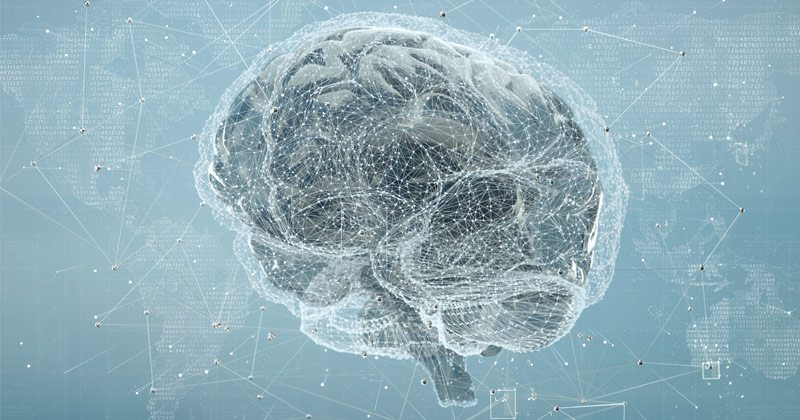 A group of scientists from the Russian Academy of Sciences (ICG SB RAS) and the TSU Biological Institute has established a path through which nanoparticles of viruses and organic and inorganic substances from the environment enter the brain.

Additionally, the researchers report a simple and inexpensive way to block their entry. The data obtained by the project could play a large role in medicine and pharmaceuticals, where nanoparticles are increasingly used for the diagnosis and treatment of serious diseases.

“There are a large number of nanoparticles of a wide variety of chemical elements and their compounds in the environment, ranging from harmless to toxic, for example, heavy metal oxides,” says Mikhail Moshkin, director of the Center for Laboratory Animal Genetic Resources of the ICG SB RAS. “Scientists have accumulated data that indicate the adverse effect of nanoparticles, for example, people who live closer than 50 meters to large highways may develop neurodegenerative diseases (Alzheimer’s, Parkinson’s and others) due to the accumulation of nanosized particles in the brain.”

The researchers sought to determine how nanoparticles enter the brain. They cannot penetrate through the lungs and blood vessels because the blood-brain barrier blocks them from the brain. Experiments conducted on rodents helped calculate the trajectory of the movement of nanoparticles.

The researchers introduced a solution with nanoparticles into the nasal cavities of laboratory animals and used magnetic resonance imaging (MRI) to monitor their dispersal through the structures of the brain. Studies have shown that particles appear in the olfactory bulb within three hours. The concentration increases and reaches a maximum after 12 hours in the hippocampus, dentate gyrus and other brain structures; the maximum load is observed after three to four days. The movement corresponds to the trajectory of the nerve connections of the olfactory system.

Additionally, the researchers found that particles moving inside the nerve fiber can pass through synapses that connect various neurons. As it turns out, not all nanoparticles overcome synaptic transmission, for example, manganese oxide passes through synapses, but silicon dioxide (sand) does not. The reason was determined proteomic analysis conducted by scientists at the Erasmus University Rotterdam; it showed that manganese oxide, unlike sand, binds effectively to the AP-3 protein, which is involved in synaptic transmission processes.

“Experimental failures often lie on the way to an interesting result,” says Mikhail Moshkin. “Our researchers wanted to get a real neurobiological effect from the entry of nanoparticles into the brain. In one experiment, mice were nasally injected with particles of manganese oxide for a month. But nothing has changed in the behavior of mice. And, as an MRI study showed, in the brains of these mice, there were no areas of accumulation of magnetic-contrast manganese. It was further established that a single injection of nanoparticles into the nasal cavity almost completely blocks their capture and entry into the brain during subsequent administration. These results gave rise to a systematic study of factors affecting the transport of nanoparticles from the nasal cavity to the brain.”

There are two groups of factors: The first are substances that affect the state of the mucosal layer covering the ends of the olfactory neurons, and the second are substances that affect the membrane potential of the olfactory receptors. As a result, it was possible to find combinations of chemical compounds that either completely block or significantly enhance the transport of nanoparticles from the nasal cavity to the brain.

An equally important discovery was the fact that the introduction of some nanoparticles into the noses of rodents corresponded with body temperature quickly decreasing by several degrees. Along the way, the researchers established that an outflow of cerebrospinal fluid occurred.

“It turned out that in the nose, there is a whole cascade of events. The revealed effects are significant for the development of new methods of thermoregulation, and the solution of a serious problem, the treatment of cerebral edema,” says Mikhail Moshkin. “Nanoparticles are now being introduced into various drugs to increase their efficiency. The data obtained help to understand how the concentration of these particles increases and how they can be introduced into the patient’s body.”

As for further research, biologists plan to study the penetration of viruses, especially influenza. This information is important not only from fundamental science but it is also necessary for the development of preventive measures that contribute to the reduction of epidemics.

The scientists also intend to conduct research involving people in high-risk professions, firefighters and welders, to test the recently discovered method of blocking nanoparticles. Based on the results obtained, it will be possible to develop mechanisms to protect people from the undesirable effects of such particles.