The US Air Force has struck a Syrian army base in the city of Deir Ezzour, killing up to 80 Syrian soldiers and wounding 100.

Just hours before the strike, 1000 elite Syrian commandos had arrived at the base in preparation for an offensive against ISIS terrorists in the area.

As a result of the Obama administration bombing of Syrian soldiers, ISIS has taken control of Mt. Thardah near the military base in the city. This has put the city of DeirZour and 200,000 lives under threat of an ISIS invasion.

Moscow has called for an urgent UN Security Council meeting to discuss the attack.

The US’s presence in Syria is illegal under international law as it is a violation of a sovereign member without a UNSC resolution.

The Syrian foreign ministry stated that the cowardly act of aggression is evidence that the United States government and its allies support ISIS and other armed terrorist groups. Russia’s Foreign ministry also weighed in stating that it has comes to conclusion that the Obama administration is defending ISIS.

The US State Department has claimed the attack was an accident; however, facts point to the contrary.

The Thardah Mountain, where the attack occurred, has always been under Syrian army control with no prior presence of ISIS. CENTCOM released a statement claiming they had bombed these positions in the past, a statement which is demonstrably false.

At the same time of the incident, the Israeli Air Force also attacked Syrian army while they were fighting al-Qaeda-linked terrorists near Golan Heights, effectively acting as al-Qaeda’s Air Force. The timing of the two attacks suggests some kind of coordination.

Over the course of the Syrian war evidence has been mounting that the Obama administration had been secretly backing ISIS, al-Qaeda and other terrorist groups in order to overthrow the Syrian government.

Previously the USAF has airdropped weapons and supplies to ISIS, and whilst the CIA had given TOW missiles and training to al-Qaeda-linked groups.

Soldiers on the ground reported that the attacks were conducted with two A-10s supported by two F-16s, indicating the airstrikes occurred in close range.

There are unconfirmed reports that AH-64 Apache helicopters entered the area after the air strikes had occurred and prevented any forces from evacuating. The attack lasted a total of 50 minutes.

The soldiers who lost their lives had survived three years of siege in the Deirr Ezzour airbase, surrounded by ISIS some of them had not seen family in years.

Obama has apologised for the “unintentional loss of life” in the incident seemingly oblivious to the irony that he is has been openly backing and arming groups that kill Syrian soldiers.

The attack came just after Secretary of State John Kerry and the Russian foreign minister Sergey Lavrov declared a ceasefire in Syria.

The bombing may have been a way to send a political message to Russia. It is unclear how these unprovoked attacks in the support of internationally recognised terrorists will effect the agreement. 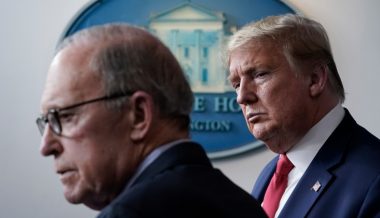