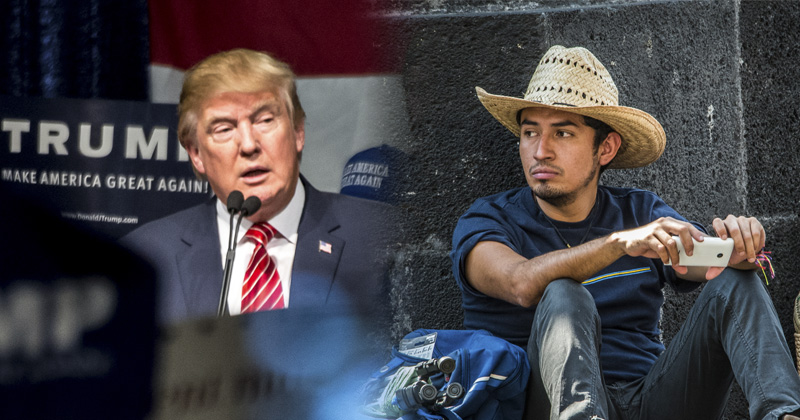 Donald Trump has already forced Mexico to clean up its national image, underscoring how the country suffering from NAFTA could actually benefit from a Trump presidency.

Mexico is launching a massive PR campaign to improve perceptions of the country after Trump exposed many of its problems, but this is a good thing: sometimes it takes your worst critic to enforce needed change.

For one thing, a lot of people don’t realize NAFTA has fueled mass unemployment in Mexico, which has caused thousands of illegal immigrants to flood into the U.S. looking for jobs.

“There are no jobs [in Mexico] and NAFTA forced the price of corn so low that it’s not economically possible to plant a crop anymore,” Rufino Domínguez, the former coordinator of the Binational Front of Indigenous Organizations, revealed. “We come to the U.S. to work because we can’t get a price for our product at home. There’s no alternative.”

Sin maiz, no hay pais: without corn, there is no country, as the Mexican saying goes.

NAFTA disrupted Mexico’s corn production so badly that 75,000 Iowa farmers were able to grow twice as much corn as 3,000,000 Mexican producers – and at half the cost because the U.S. maintained its corn subsidies under NAFTA.

That resulted in the mass migration of Mexican farm workers flowing into America.

“The big wave in illegal immigration from Mexico began in the 1980s, but it picked up strongly after NAFTA – that wasn’t unexpected,” NPR’s Tim Robbins reported.

And which presidential candidate has spoke out against NAFTA and other destructive trade agreements? Donald Trump.

“It’s a disaster,” he said in Sept. “…We will either renegotiate it, or we will break it.”

And if Trump increases border security between the U.S. and Mexico, that would also force Mexico to curtail its own corruption and drug violence instead of exporting its problems to the U.S.

In contrast, President Obama’s current open borders policy encourages not only unsafe migration but also human trafficking in the U.S. – and right now there’s more people enslaved now than at any time in human history.

“Modern slavery globally has become a $150 billion a year business, with an estimated $99 billion generated annually from commercial sexual exploitation and $51 billion from forced economic exploitation,” the Human 2020 project revealed.