David Attenborough’s “plague” comment preceded by none other than HRH Prince Philip.

Conservationist (and infamous patron of the Optimum Population Trust) David Attenborough recently said that humans, as a species, are a “plague” on the environment. He therefore proposed limits to human populations, “or nature will do it for us.”

“We are a plague on the Earth”, Attenborough told the Radio Times. “It’s coming home to roost over the next 50 years or so. It’s not just climate change; it’s sheer space, places to grow food for this enormous horde. Either we limit our population growth or the natural world will do it for us, and the natural world is doing it for us right now.”

The “plague” comments by the famous BBC presenter literally echo statements made by His Royal Highness Prince Philip who in 1984 bluntly pointed out that humanity is “reaching plague proportions”.

By stating humans are a plague, these enviromentalists are saying that humanity equals a disease. A disease that may be cured by, as Attenborough proposes, limiting population growth. If not, “nature will do it for us”.

This belief is deeply embedded in a large part of the environmentalist- and scientific- community. Philip’s son, the prince of Wales, recently endorsed a report on population growth by the king and queen of neo-Malthusianism, Paul and Anne Ehrlich. On the official website of the Prince of Wales, prince Charles commended the Ehrlich’s latest population study published in the Proceedings of the Royal Society on January 8 of this year, calling among other things for globally provided “back-up abortions” to avert overpopulation catastrophe. The prince writes:

“We do, in fact, have all the tools, assets and knowledge to avoid the collapse of which this report warns, but only if we act decisively now.”

In their latest study entitled Can a collapse of global civilization be avoided?, biologists Paul R. Ehrlich and his wife repeat their decade-long mantra, namely that global population growth is certain to collapse civilization as a whole- and only a concerted global effort to reduce fertility may avert the feared catastrophe. The report mentions that global population reduction is a monumental task, but they add:

“Monumental, but not impossible if the political will could be generated globally to give full rights, education and opportunities to women, and provide all sexually active human beings with modern contraception and backup abortion. The degree to which those steps would reduce fertility rates is controversial, but they are a likely win-win for societies.”

These words contain some drastic and draconian implications. In order to provide “back-up abortions” to women on a global scale, a worldwide population reduction strategy must be outlined and then enforced by all nations of the planet. The Ehrlichs concede that such a worldwide effort would not go down well with nations opposing abortions:

“Obviously (…) there are huge cultural and institutional barriers to establishing such policies in some parts of the world. After all, there is not a single nation where women are truly treated as equal to men. Despite that, the population driver should not be ignored simply because limiting overconsumption can, at least in theory, be achieved more rapidly. The difficulties of changing demographic trajectories mean that the problem should have been addressed sooner, rather than later.”, the Ehrlichs write.

Responding to countless recent studies showing that not overpopulation, but underpopulation seems to be an increasing problem, especially in Europe, the Ehrlichs state:

“That halting population growth inevitably leads to changes in age structure is no excuse for bemoaning drops in fertility rates, as is common in European government circles. Reduction of population size in those over-consuming nations is a very positive trend, and sensible planning can deal with the problems of population aging.” They also write that besides change in the politics of demography, the educational system should also join the effort in a “symmetrical” manner, “moving towards sustainability and enhancing equity (including redistribution).” The scientific community must throw its weight behind the effort, the Ehrlichs say, especially to counter all religious counter-argumentation underlining the value of life:

“To our minds, the fundamental cure, reducing the scale of the human enterprise (including the size of the population) to keep its aggregate consumption within the carrying capacity of Earth, is obvious but too much neglected or denied. There are great social and psychological barriers in growthmanic cultures to even considering it. This is especially true because of the ‘endarkenment’—a rapidly growing movement towards religious orthodoxies that reject enlightenment values such as freedom of thought, democracy, separation of church and state, and basing beliefs and actions on empirical evidence. They are manifest in dangerous trends such as climate denial, failure to act on the loss of biodiversity and opposition to condoms (for AIDS control) as well as other forms of contraception. If ever there was a time for evidence-based (as opposed to faith-based) risk reduction strategies, it is now.”

Global population reduction and global redistribution of wealth. These things can of course only be accomplished through a concerted global effort or, as the authors declare “an unprecedented level of international cooperation.”:

“At the global level, the loose network of agreements that now tie countries together, developed in a relatively recent stage of cultural evolution since modern nation states appeared, is utterly inadequate to grapple with the human predicament. Strengthening global environmental governance and addressing the related problem of avoiding failed statehood are tasks humanity has so far refused to tackle comprehensively even as cultural evolution in technology has rendered the present international system (as it has educational systems) obsolete. Serious global environmental problems can only be solved and a collapse avoided with an unprecedented level of international cooperation.”

The two end this line of reasoning by regurgitating the neo-Malthusian mantra- which simultaneously harbors a veiled threat, namely:

“If people do not do that, nature will restructure civilization for us.”

After Prince Charles endorsed the conclusions of their study, Paul Ehrlich twittered “I wish our leaders were as far-sighted”, to which one of Ehrlich’s followers responded “Suicide on a grand scale needs reconsidering.” Comments such as these show that morality is nowhere to be found in the vicinity of these neo-Malthusian characters. The fact that Prince Charles felt compelled to endorse the conclusions of this report only reaffirms that his lineage is still of the opinion that people are a scourge on the earth, or as his father Prince Philip stated, “reaching plague proportions”. 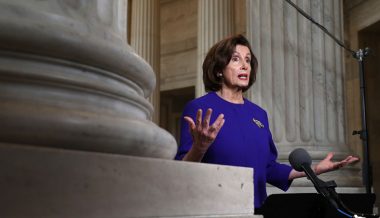