“It’s well known for Scandinavians and other Europeans that liberal immigration comes with drugs, rapes, gang wars, robbery and violence,” wrote Zografos in the now-deleted article. “Additional to that we see the respective nations cultures fading away, for good and for bad.”

Zografos documented that mere hours after Trump made his comments on Sweden, “there was a riot of violence and destructions by immigrants in the capitol of Sweden, Stockholm.” 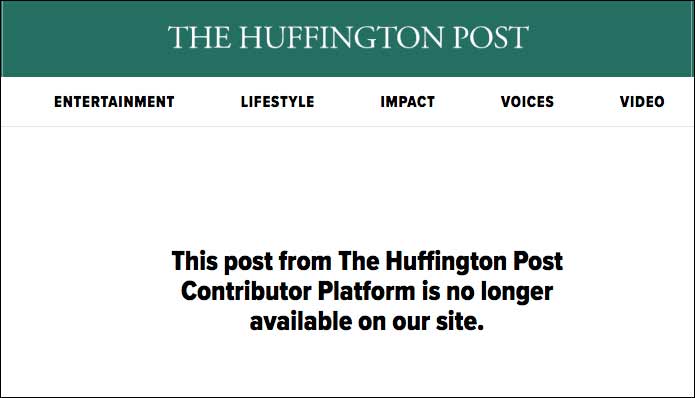 “The police was forced to shoot with ammunition to put and end to it. In Malmö, another city south in Sweden they have struggle with gang violence and lawlessness for years. So when Trump talk about that Sweden have an immigration problem he is actually spot on.”

The author continued describing the problems facing Europe as a whole stemming from “poor immigration policy.”

“UK, France and several other European countries are changing rapidly with extreme quantity of immigration. I’m not saying immigration is only bad, but a lot of problems come with poor immigration policy, as consequences we get violence, terror and gangs,” Zografos wrote.

The journalist further called out the European press for ignoring, or attempting to downplay the “enormous problems that comes from liberal immigration policies.”

“There is this fear for journalists to not report the basic truth – which is that Europe has enormous problems that comes from liberal immigration politics, and as we also now can see in Sweden, but also here in Norway.”

Many on social media were stunned the leftist site had the nerve to publish the article at all.

@zokrates How did you manage to convince them to post that?

@zokrates I'm impressed! Thank you for your honest reporting!

@zokrates At least some people are talking about the riot…

@zokrates @HuffPostBlog Spot on, and brave in todays journalistic climate

Asked why the site pulled his article, Zografos said he’d inquired but had yet to receive a response. He asserted it was possibly because he wrote “the truth” about the European migrant epidemic.

@CachDPT @HuffingtonPost have asked them, but I'm still waiting for answer. I have given them a lot of sources so it shouldn't be that

@CachDPT @HuffingtonPost It's nothing but the truth: go to my Facebook site for sources. I'm not pro Trump, I'm pro truth. Quality?

Thank you for all supports so far, kind people. The story is nothing but the truth.. #truth #media #Trump

On Saturday, President Donald Trump at a rally in Florida commented on the immigration problem facing Sweden.

“Sweden. Who would believe this? Sweden. They took in large numbers. They’re having problems like they never thought possible,” the president said, later clarifying he was referring to a story he’d seen the previous night on Fox News.

My statement as to what's happening in Sweden was in reference to a story that was broadcast on @FoxNews concerning immigrants & Sweden.

Give the public a break – The FAKE NEWS media is trying to say that large scale immigration in Sweden is working out just beautifully. NOT!

The site’s censorship of the piece is reminiscent of the time they deleted an article which discussed the multiple health problems facing Democrat presidential candidate Hillary Clinton.

Cached link to the original Huffington Post article about Hillary's health that was deleted. https://t.co/Rutoly9DcJ pic.twitter.com/3Zdjs39Cok

Read Zografos’ article in its entirety below:

Watch: The Truth About Sweden