The Huffington Post South Africa has a brilliant new progressive plan to solve all of Africa’s problems: deny white men the right to vote, then vote to steal their assets.

It’s all detailed in a new article titled, “Could It Be Time To Deny White Men The Franchise?” by “activist and a feminist” Shelley Garland, who says “she” is “completing an MA degree in philosophy.”

“When she’s not gagging at South Africa’s unique brand of rainbow politics, she’s working on ways to smash the patriarchy,” Garland wrote in “her” bio.

Incidentally, Garland is clearly a dude:

If white men no longer had the vote, the progressive cause would be strengthened. It would not be necessary to deny white men indefinitely – the denial of the vote to white men for 20 years (just less than a generation) would go some way to seeing a decline in the influence of reactionary and neo-liberal ideology in the world. The influence of reckless white males were one of the primary reasons that led to the Great Recession which began in 2008. This would also strike a blow against toxic white masculinity, one that is long needed.

…Some may argue that this is unfair. Let’s be clear, it may be unfair, but a moratorium on the franchise for white males for a period of between 20 and 30 years is a small price to pay for the pain inflicted by white males on others, particularly those with black, female-identifying bodies. In addition, white men should not be stripped of their other rights, and this withholding of the franchise should only be a temporary measure, as the world rights the wrongs of the past.

A withholding of the franchise from white males, along with the passing of legislation in this period to redistribute some of their assets, will also, to a degree, act as the reparations for slavery, colonialism, and apartheid, which the world is crying out for to be paid.

…Although this may seem unfair and unjust, allowing white males to continue to call the shots politically and economically, following their actions over the past 500 years, is the greater injustice.

Why not start with yourself, bro?

Incidentally, if you’re wondering who approves crap like this, just take a look at this viral picture from a recent Huffington Post editors meeting. 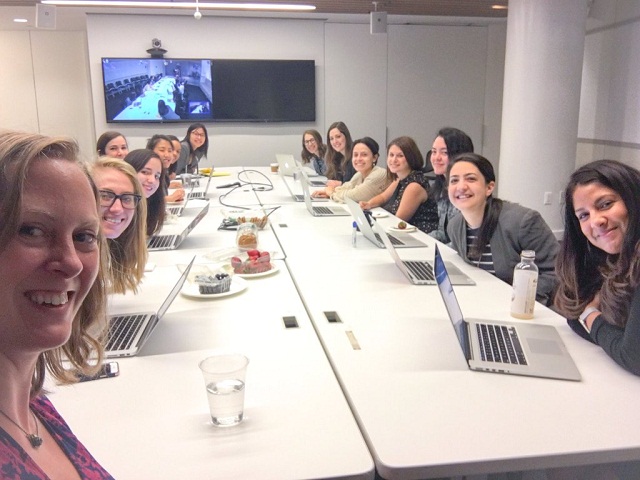