A congressional inquiry has revealed that law enforcement agencies flooded cellphone carriers with a tsunami of demands for subscriber information last year. Carriers received 1.3 million requests for text messages, caller locations and other information in the course of investigations, the New York Times reported on Sunday. 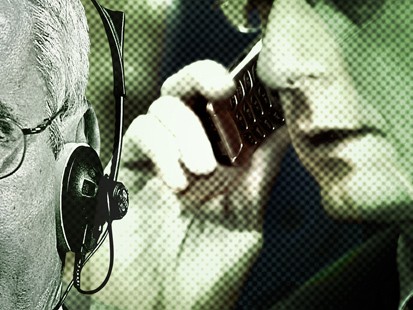 The astronomical increase in demand is reflected in the cost carriers charge law enforcement agencies. For instance, AT&T collected $8.3 million last year from tax payers compared with $2.8 million in 2007.

Increasing demands for cellphone data without a court search warrant are not limited to police, but run the gamut of government agencies on both the state and federal level. Carriers routinely reject demands, which has resulted in an “uneasy partnership with law enforcement agencies” and government. In one case, a carrier referred inappropriate requests to the FBI.

“I never expected it to be this massive,” Massachusetts Democrat Representative Edward J. Markey told the newspaper after he requested reports from nine carriers, including AT&T, Sprint, T-Mobile and Verizon.

According to the Constitution and federal law, police need a court-issued search warrant or a subpoena to force the release information. Law enforcement officials often cite an emergency while government argues national security concerns to force compliance from carriers. The Fourth Amendment, however,  explicitly requires probable cause prior to the issuance of a court warrant.