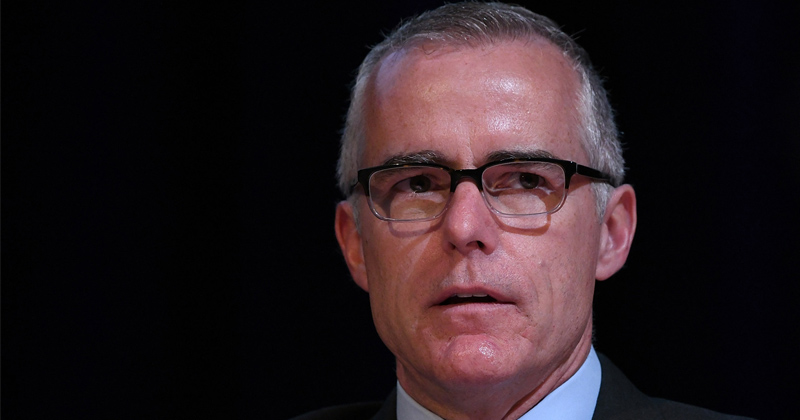 A US attorney has recommended criminally charging ex-FBI Deputy Director Andrew McCabe, according to reports.

McCabe, who was recently hired as a CNN contributor, is accused of making false statements to federal investigators regarding the FBI’s probe of Hillary Clinton.

The Department of Justice rejected an appeal by his legal team to prevent him from being criminally charged.

It’s unprecedented for an acting FBI Director (he temporarily replaced James Comey) to face criminal charges, and interestingly McCabe had pushed his appeal all the way up to Deputy Attorney General Jeffrey Rosen.

“The potential charges relate to DOJ inspector general findings against him regarding misleading statements concerning a Hillary Clinton-related investigation,” reported Fox News. “…Then-Attorney General Jeff Sessions fired McCabe in March 2018 after the inspector general found he had repeatedly misstated his involvement in a leak to The Wall Street Journal regarding an FBI investigation into the Clinton Foundation.”

The inspector general blamed McCabe for leaking details in October 2016 to then-Wall Street Journal reporter Devlin Barrett about the FBI’s reopening of its probe into Hillary Clinton after finding thousands of her emails on a laptop belonging to former Democratic Rep. Anthony Weiner, who was married to Clinton aide Huma Abedin and was then under FBI investigation for sexting a 15-year-old.