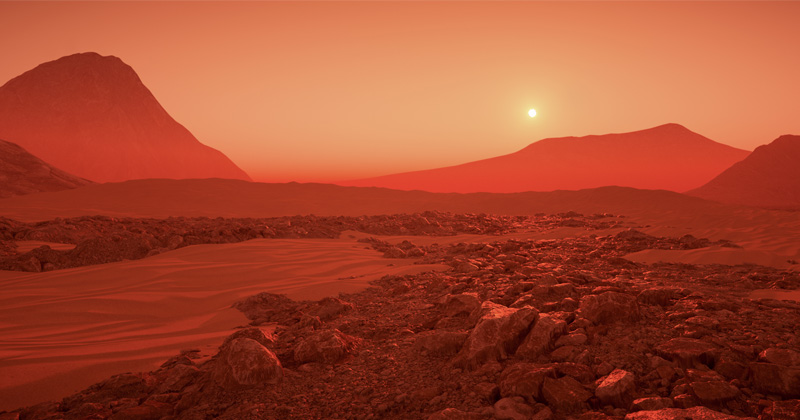 During an event today with the Space Foundation, I was excited to be part of a discussion on how our upcoming Mars 2020 Perseverance launch and the Artemis program are critical to opening the door to smarter, safer human missions to Mars.

Throughout our history, people have always explored the world around them to discover the unknown, find new resources, expand their presence, and improve their existence. This primordial urge continues within us today, driving humanity to overcome what we once thought impossible. It is pushing our limits beyond terrestrial borders and farther into the universe.

We have a big agenda to return to the Moon by 2024, and to do so sustainably by the end of the decade. Our sights remain set on sending humans to Mars and the Artemis program will give us the experience living on another world closer to home. Artemis missions on and around the Moon will help us make our next giant leap while robots like the Perseverance rover pave the way for our first human explorers to Mars.

Among the investigations onboard, the rover will carry two that will support future crewed missions to the fourth planet – one to produce oxygen from the Martian atmosphere and another to aid in development of weather forecasting. The mission will also use new terrain navigation and landing technologies as well as study how a potential spacesuit material is affected by the Martian environment.

It’s crazy to think this, but we know more about Mars today than we did about the Moon when we sent the first humans to the lunar surface. The Perseverance rover as well as future Mars Sample Return and Mars Ice Mapper missions will teach us even more about the Martian environment and water resources before we send astronauts on the most challenging human exploration mission in our history.

We’re going to the Moon with the purpose of getting to Mars – I absolutely believe this is the right approach technically and politically. What do I mean by that? It means we’re prioritizing investments today in lunar exploration that support successful human exploration of Mars in the future. Both destinations are hard, but possible with our current approach.

Our plans for the Artemis program will ultimately lead us to a better understanding of the deep space environment, allow us to design and test common Moon-Mars systems and mature specific technologies needed for the Mars journey. The first woman and next man will land on the Moon by 2024 and help us take our next steps toward greater exploration than ever before.

Just as we’re doing at the Moon, we will build up our capabilities at Mars over time, and we anticipate sending humans to the fourth planet as early as the 2030s. What seems like science fiction – getting a crew to Mars, landing them on the surface to explore and conduct experiments, and bringing them safely home – is on the horizon!

We’re planning for our first round-trip voyage to Mars to take about two years using advanced propulsion systems to enable a faster journey while limiting radiation exposure for our astronauts and other mission risks. Our preferred launch window will give the crew about 30 days on the Martian surface, which is ample time to search for life on another world. Other options could require crew to be on the surface for more than a year and away from Earth for as long as three years, but it will be a long time before we have the funding, technology, supplies, and capabilities to sustain such a mission.

In our new video below, we highlight just six of the technologies NASA is developing right now to push human missions farther in the solar system: advanced propulsion, inflatable entry and landing systems, high-tech spacesuits, a Martian home and lab on wheels, an uninterrupted power source, and laser communications.

While we’re continuing to refine our overall Mars architecture, I encourage you to read our new document, How Investing in the Moon is Preparing NASA for Mars.

Finally, don’t forget to tune in to NASA TV for our upcoming launch! Perseverance is heading for the Red Planet at 7:50 a.m. EDT, July 30 from Cape Canaveral Air Force Station in Florida. Go Perseverance! Go Artemis!