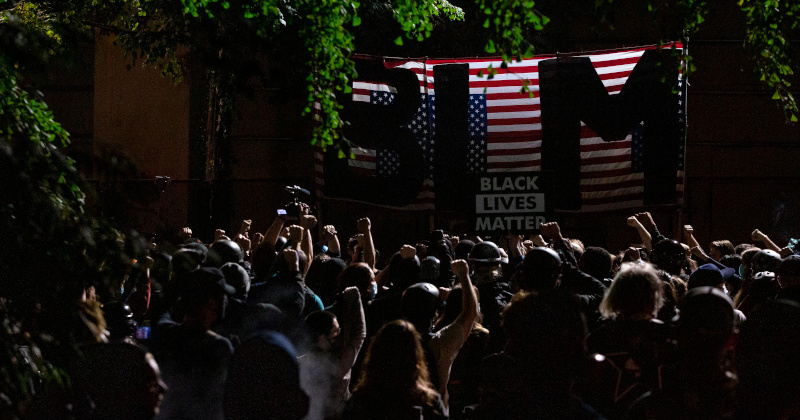 The FBI has opened more than 300 domestic terrorism investigations since late May and arrested nearly 100 people in Portland, Oregon, a focal point of the George Floyd protests, a top federal prosecutor said on Tuesday.

Erin Nealy Cox, the U.S. attorney for the northern district of Texas and co-head of a recently formed Justice Department task force on “antigovernment extremists,” told congressional lawmakers that the investigations were opened after May 28, three days after Floyd, an African American, died while in police custody in Minneapolis, Minnesota. His death sparked nationwide protests.

“That does not include any potential civil rights investigations or violent crime associated with the civil unrest,” Cox said during a Senate Judiciary Committee hearing on the protests that have at times been marked by violence.

The task force, co-headed by Craig Carpenito, the U.S. attorney for the District of New Jersey and composed of prosecutors and FBI agents, is charged with developing “detailed information about violent antigovernment extremist individuals, networks and movements.”

“Any group, regardless of their name, if they’re violent and antigovernment, we will be looking at them,” Cox said during the hearing. “If it is a white supremacist that is engaging in gang or drug activity, that would not fall under the purview of our task force.”

The establishment of a task force focused on antigovernment extremists has raised concern that the Justice Department is giving short shrift to investigating white supremacist groups at a time the threat from far-right extremists is on the rise. Last year, FBI Director Christopher Wray said most of the bureau’s domestic terrorism cases are linked to white supremacy.

Democratic Sen. Dick Durbin of Illinois asked Cox why the Justice Department “has stopped tracking white supremacist incidents as a separate category of domestic terrorism.” Cox said she did not know.

The hearing brought into sharp relief partisan passions over at times violent confrontations between protesters and law enforcement officers in recent weeks.

Republican Sen. Ted Cruz said the protests over police brutality and racism had been hijacked by “rioters and looters and those who cynically exploit the protests for their own evil ends.”

“Peaceful protests must be protected. Riots must be stopped,” Cruz said, accusing Democrats of refusing to condemn the violence.

Last month, the Trump administration sent dozens of federal law enforcement agents into the city, with President Donald Trump accusing the city leadership of losing “control of the anarchists and agitators” targeting a federal courthouse.

Subsequent reports that the agents had used excessive force against protesters and grabbed demonstrators off the streets of Portland while driving in unmarked vehicles provoked a backlash, eventually prompting the federal personnel to agree to pull out of the city.

Ken Cuccinelli, a senior official with the Department of Homeland Security, denied that the situation has grown quieter since the department agreed to withdraw its agents.

Since the protests started in May, 140 law enforcement officers have sustained injuries in Portland, he said.