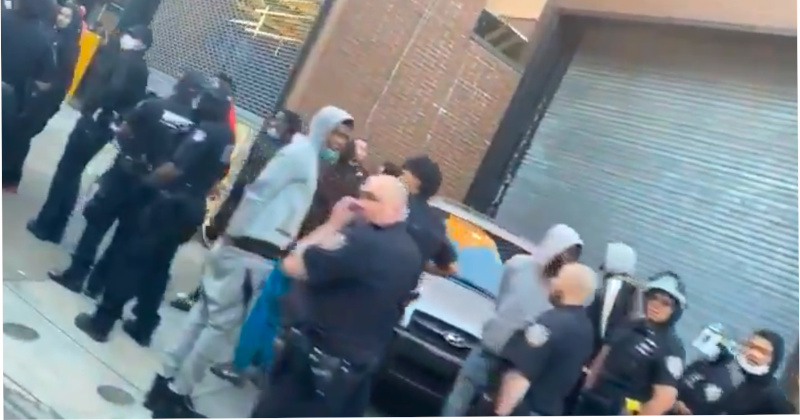 As Andrew Cuomo delivers his first daily update on the coronavirus situation in his state following the riots we saw across the nation over the weekend, videos of the processing line outside a police precinct in Manhattan on Monday morning show just how many people were arrested in NYC alone, during a weekend where – according to the AP – more than 4,000 were arrested around the country on charges stemming from unlawful assembly to murder.

Police are likely still arresting individuals based on surveillance footage and other next-level surveillance techniques that the NYPD can bring to bear when it wants to arrest a given subject.

The Twitter account belonging to one of the NYPD’s most powerful unions, the SBA, released an internal arrest report for Mayor de Blasio’s daughter, Chiara, who was booked for “unlawful assembly” and “object throwing” – though only the first charge was initially released to the media.

The account slammed the mayor for his decision to not allow cops to use “mounted units” and other tactics, according to TPM.

But as media pundits continue to spin a narrative where all the unrest can be pinned on “foreign enemies” like Moscow and Beijing, we can’t help but ask: do these look like Russian sleeper agents – or white supremacists – to you?

Others joked that the line was longer than the toilet paper line at Costco.