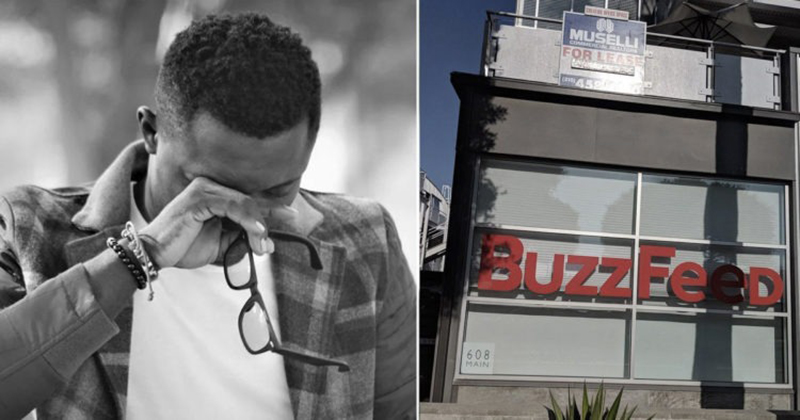 As the coronavirus pandemic rages on, damaging both the stock market and the labor economy, journalists and corporate media employees are starting to face the prospect of long-term unemployment.

On March 27, CNN published an article titled “Hundreds of journalists are being laid off, right when the public needs them the most” which bemoaned nationwide journalist layoffs.

The piece reports that Buzzfeed has sent out a staff memo which says “the impact of the coronavirus on the global economy will almost certainly cause the company to lose money, even as we take aggressive action to control costs.”

Buzzfeed is now reducing salaries and cutting expenses across the board.

Men’s Journal has laid off its editorial staff, and Gizmodo Media Group, which owns the left-wing outlets Deadspin, Jezebel, The Root, Kotaku and Jalopnik, that described the company’s situation as “nothing short of terrifying”:

“This will not be an easy nor fun period for our company let alone just about any other company with our dynamics. I am sure you have all been following the news around the overall economic picture and how disturbing it is, as well as the stock market dive that has been nothing short of terrifying. This will hurt.”

A California law has also forced corporate media outlet Vox to cut ties with hundreds of freelance contributors who live in California.

CNN reports that over 300 local journalists have lost their jobs as of last Friday.

Unlike other countries, the United States government does not appear to have plans to bail out corporate media outlets.

The corporate press has previously come under fire for instances of reporters reveling in layoffs of blue-collar workers, including the rise of the now-infamous “learn to code” meme.

Last week, UFC president Dana White lashed out at a reporter that he said was reveling in a story about layoffs at the UFC’s parent company Endeavor:

“(Wednesday), this scumbag posted a story that says ‘UFC hit with layoffs,’ and he was literally gloating about it,” White said. “First of all, it’s not true. I’m going to tell you guys again: Most of what you read is not true. Literally these scumbags write lies and this guy was gloating about it and saying stuff like, ‘Hey Dana, you have bosses now. You should check with them before you whatever.’ No I don’t. You don’t know anything about this (expletive) situation, and you definitely know nothing about the sport, you jerk off.