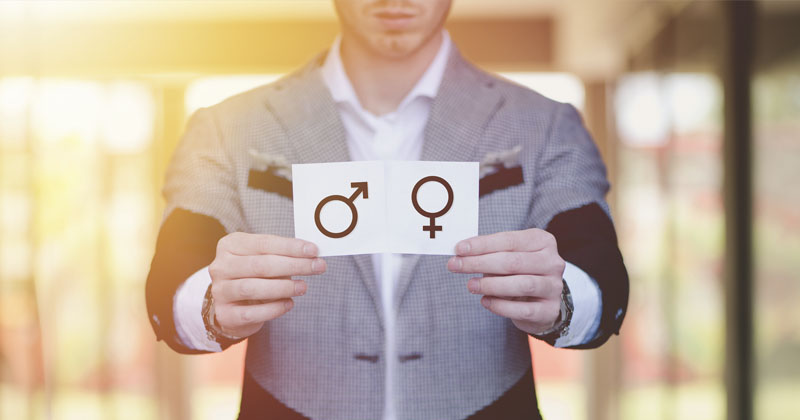 Hundreds of young transgender people are seeking help to return to their original biological sex, according to reports.

This comes after a damning Food and Drug Administration report that 6,000 children have died as a result of hormone blocking drugs since 2012.

28-year-old female-to-male transgender Charlie Evans, who detransitioned after 10 years identifying as a male, launched The Detransition Advocacy Network to connect with “hundreds” of transgender individuals who also regretted their decision to undergo gender reassignment surgery.

“I’m in communication with 19 and 20-year-olds who have had full gender reassignment surgery who wish they hadn’t, and their dysphoria hasn’t been relieved, they don’t feel better for it,” Evans told Sky News on Saturday. “They don’t know what their options are now.” 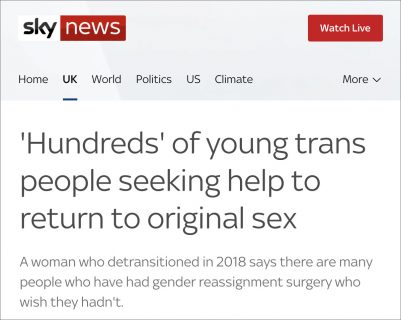 “I think some of the common characteristics are that they tend to be around their mid-20s, they’re mostly female and mostly same-sex attracted, and often autistic as well.”

Evans recalled meeting one detransitioned woman with a beard who told her she felt rejected by the LGBT community after returning to her original sex.

“She said she felt shunned by the LGBT community for being a traitor,” Evans said. “So I felt I had to do something.”

This story comes amid a shocking report by the FDA finding that over 6,000 children diagnosed with “gender dysphoria” (a psychological, not endocrine, condition) were killed by hormone blocking drugs since 2012, and tens of thousands suffered from “adverse reactions.”

“Between 2012 and June 30 of this year, the FDA documented over 40,764 adverse reactions suffered by patients who took Leuprolide Acetate (Lupron), which is used as a hormone blocker. More than 25,500 reactions logged from 2014-2019 were considered ‘serious,’ including 6,370 deaths.”

Notably, Lupron has been a boon for Big Pharma, with sales of the hormone blocking drug reaching $669 million in 2017.

Political radicalization and sexual manipulation of minors are the curriculum in America’s schools — NOT math, reading or writing.