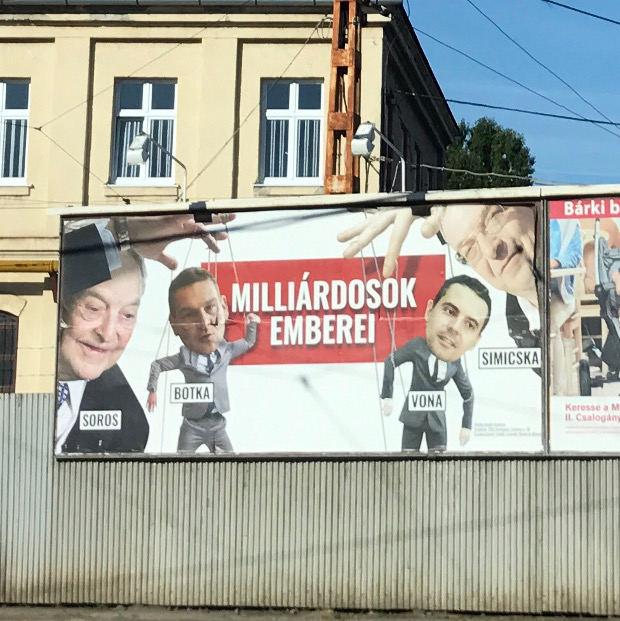 Hungarian prime minister Viktor Orban asserted that George Soros has declared war on Hungary in the wake of recent comments by the notoriously treacherous billionaire accusing Orban’s government of creating a “mafia state” of “deception and corruption.”

“This is a declaration of war, no doubt,” Orban told Hungarian state radio. “The only network which operates in mafia ways, which is not transparent… in Hungary is the Soros network.”

“This is why we must insist, and I personally insist on having a parliament decision on making these organizations transparent.”

Orban said that Soros finances an “agent-like web” of intertwined non-governmental organizations (NGOs) to agitate and undermine policies of national sovereignty and border security – tactics for which Soros is all-too-famous around the world.

The battle between Orban’s administration and the Soros-European Union juggernaut has been escalating for some time, with the most recent assault coming earlier this week, when Soros – a Hungarian-born former Nazi asset – delivered a speech at the Brussels Economic Forum in which he seemed to project his own characteristics onto the current Hungarian government.

“I am full of admiration for the courageous way the Hungarian people have resisted the deceptions and corruption of the mafia state that Orban has established,” said Soros, also claiming, “I have strenuously resisted Orban’s attempts to translate our ideological differences into personal animosity – and I have succeeded.”

In the same speech, Soros denounced Brexit as “immensely damaging,” and suggested Britain might opt back in to the European Union before their formal detachment is complete.

Hungary’s capital of Budapest is the epicenter of the political battleground, with billboards lining the streets depicting Soros as a puppet master controlling Socialist party figurehead, László Botka, who seeks to challenge Orban in the 2018 election.

The Hungarian government is currently targeting the Central European University (CEU) – which was founded and is financed by Soros – with legislation that aims to potentially drive the institution out of the country, as it has been accused of manipulating its standing as a US-based entity that issues diplomas accepted in both Hungary and the US, but only maintains a campus in Budapest, giving it an “unfair advantage” over Hungarian colleges and universities.

“There is competition among universities and it is inexplicable why we should put our own universities at a disadvantage… while securing an unfair advantage for the foreign university,” Orban stated. “Hungary is a sovereign country, it supports knowledge in all cases but does not tolerate cheating.”

“Not even a billionaire can stand above the law, therefore this university must also obey the law.”

Orban also blasted Soros as a ‘destroyer of millions of lives’ in his response to the EU, who has sided with Soros in the matter of CEU, saying, “We are not as big and powerful as you are and as big and powerful as George Soros – the American financial speculator attacking Hungary – who has destroyed the lives of millions of Europeans with his financial speculations, who has been fined for speculation in Hungary, and who is an open enemy of the euro.”

As is typically the case when Soros’ agenda is being threatened, large protests have been staged in support of CEU and in opposition to the Orban administration, which is routinely and predictably called ‘facistic,’ ‘racist’ and ‘anti-Semitic.’

The war is likely to continue to build in intensity as Orban has acted decisively in opposition to the crux of the globalist agenda being pushed by Soros and the EU – unbridled migration from the Third World into Europe – erecting a multi-layered electrified border wall and refusing to comply with ‘refugee resettlement quotas’ demanded by Brussels.

“Today we live in a time when international politics is a battlefield,” said Orban in a recent interview. “The independence and freedom of European nations are at stake, and at the center of the battlefield is migration.”

“The biggest debate in Europe today is about migration, this is what our future stands or falls on, the fate of Europe.”