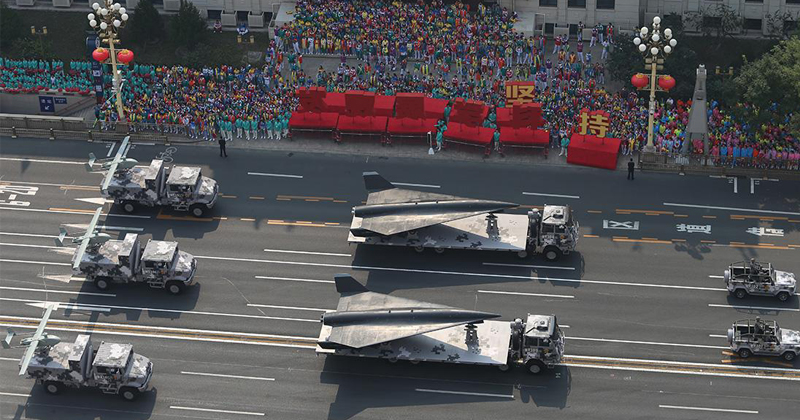 Though state media pundits have sought to assure the West it’s not at all about “flexing muscles, but showing military transparency,” it remains that citizens were handpicked by the government to merely stand on the sides of streets to watch phalanxes of tanks, armored vehicles, and the country’s newest high-tech aircraft roll by.

Perhaps there was some “patriotic passion” on proud display, and as state media dubiously touted as a day of “flags, songs, and sports” — but it remains, awkwardly, that as Reuters also points out:

“Organizers last month said 30,000 Beijing residents were selected to view the parade itself.”

To mark the 70th anniversary of the founding of the People’s Republic of China (PRC) a total of 15,000 troops marched, and over 160 aircraft and close to 600 pieces of military equipment were on display — and as Global Times noted, all military hardware featured was domestically made, with close to half of it reportedly never-before-seen.

Among them, the DF-17 ballistic missiles, which is touted as capable of circumventing US defense systems, also believed capable of striking the continental US within 30 minutes.

The DF-41 intercontinental ballistic missile is believed to have the longest range in the world and is Beijing’s newest hypersonic nuclear-capable missile.

China’s military has shown off a new hypersonic ballistic nuclear missile believed capable of breaching all existing anti-missile shields deployed by the United States and its allies.

In his ceremonial remarks, President Xi Jinping confidently called for “complete unification” of the country and that nothing can stop the march of “socialist China’s” progress.

“Today, a socialist China is standing in the east of the world and there is no force that can shake the foundation of this great nation,” Xi told a crowd of as international reports noted carefully vetted guests. “No force can stop the Chinese people and the Chinese nation from forging ahead.”


It was also an opportunity for the PRC to celebrate its gender equality and “diversity” within the military ranks, apparently:

For the first time in China's military parade history, a female battalion is led by two female generals! #70YearsOn pic.twitter.com/4NjGkH0TOE


Regional media called it the biggest military parade in the nation’s history.

“The People’s Liberation Army [PLA] will serve its purpose in safeguarding the sovereignty, security and development interests of the country, and world peace,” he said, at a time when Beijing has expanded its military footprint globally, including with its first overseas military base in Djibouti.

Xi called on the Communist Party and the country to unite and continue to fight for the realization of what he called the “Chinese dream” – the nation’s rejuvenation. — SCMP

Beijing would ensure the long-term stability of the semi-autonomous city, and additionally underscored the goal of “peaceful reunification” with self-ruling Taiwan, China’s president reassured.

China is showing off its Military and is hurting protestors in Hong Kong as the protests still continue.

Meanwhile, on the streets of Hong Kong…

This scene happened in Hong Kong today. The barbaric action mob did to Hong Kong police should be condemned by the whole world. This is definitely not a 'beautiful sight' of democracy, right? pic.twitter.com/0W7XKvLdJH


State media pundits took swipes at the nearby unrest and its “beautiful sight of democracy,” which included for the first time a baton-wielding protester being shot at point-blank range by a police officer.

At least one mainland state media editor, perhaps overly giddy from the day’s celebrations, used the occasion to unleash a barrage of sarcasm and veiled threats on the world.

Message from them: Don't mess up with the Chinese people or intimidate them. The Chinese people won't provoke you anyway. You don't have to give good stuff like democratic election to Chinese. Give it to Haiti, Libya, Iraq and Ukraine. They are good friend of you. pic.twitter.com/2WZkhKAwwS


State media was also lockstep on China’s National Day in signaling HK citizens: “We need more than ever the solidarity of all Hong Kong people to work towards the same goal, seek common ground and accommodate differences,” one source quoted a Beijing official as saying.

Chinese Communist Threat On The Verge Of Full Scale War

Alex Jones breaks down the reality of how close the world is to the brink of war. 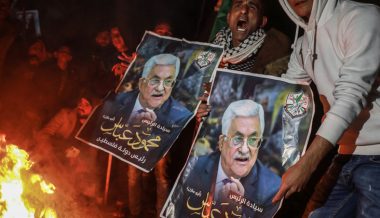