AFP has reported that a recent NATO airstrike in Afghanistan has killed over 10 civilians in an all-too-familiar headline glossed over by the Western media in an exercise of both depravity and hypocrisy. RT’s article, “NATO airstrike kills 10 Afghan civilians, mostly women and children – officials,” notes in particular that up to 11,864 civilians were killed in Afghanistan between 2007 and 2011, and that civilian deaths before 2007 were not even tracked by the UN.

Such facts reveal alarming hypocrisy as the UN keeps almost daily, inflated tallies of civilian deaths elsewhere, in particular, in nations like Libya and Syria where Western interests have been heavily involved in regime change and in dire need of manipulating public perception worldwide. The United Nations had in fact pieced together a dubious report crafted from “witness accounts” compiled not in Syria, or even beyond its borders in a refugee camp, but instead, in Geneva by “witnesses” supplied by the so-called Syrian “opposition.” 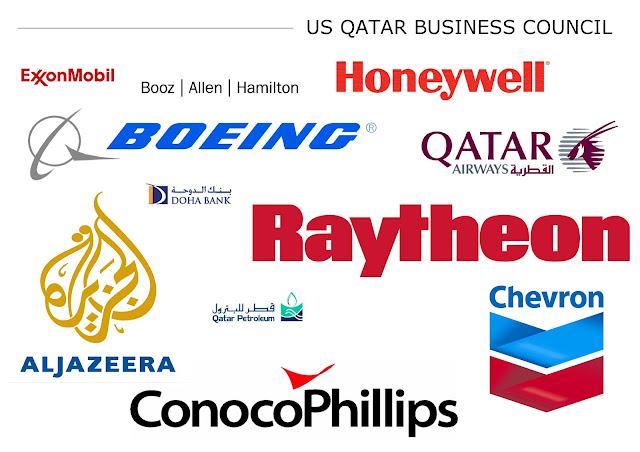 Image: Just some of the corporate members of the US-Qatar Business Council, whose president just so happens to sit on the same board of directors of the Middle East Policy Center as Karen AbuZayd, co-author of one of many conveniently timed UN Human Rights Council reports on Syria.


Worse yet, that UN report was co-authored by Karen Koning AbuZayd, a director of the US Washington-based corporate think-tank, Middle East Policy Council. Its board of directors includes Exxon men, CIA agents, representatives of the Saudi Binladin Group (Osama Bin Laden’s family business), former ambassadors to Kuwait, Oman, and Qatar, US military and government representatives, and even the president of the US-Qatar Business Council, which includes amongst its membership, Al Jazeera, Chevron, Exxon, munitions manufacturer Raytheon (who supplied the opening salvos during NATO’s operations against Libya), and Boeing.

In other words, the very underwriters of the armed militancy that is consuming Syria are sitting along side the head of the UN commission producing reports portraying the Syrian government as guilty of “war crimes and crimes against humanity.

The hypocrisy does not end there. The pretense the US and NATO have used for over a decade to occupy, subjugate and slaughter the people of Afghanistan – in a conflict increasingly creeping over both Afghanistan’s borders with Pakistan and Iran – is supposedly to fight “terrorism.” Western interests have been allowed to fight this “war on terrorism” with impunity, and even without UN monitoring for years, while Syria was immediately condemned for fighting against Al Qaeda terrorists overtly flooding into their nation with NATO assistance.

Indeed, as NATO claims to fight terrorism in Afghanistan, it has already handed over the North African nation of Libya to Al Qaeda terrorists, specifically the the US State Department, United Nations, and the UK Home Office (page 5, .pdf)-listed terrorist organization, the Libyan Islamic Fighting Group (LIFG). The US in particular oversaw the rise of the Al Qaeda terror-emirate Benghazi, even having a US ambassador slain there by the very terrorists it had armed, funded, trained, provided air support for, and thrust into power.

These same terrorists have been documented extensively as spearheading the invasion of northern Syria via NATO-member Turkey, with NATO cash and weapons in cooperation with Saudi Arabia and Qatar.

The glaring hypocrisy of so-called “international law” and “international institutions” is on full display. Nations like Russia, China, Iran, India, Pakistan, Indonesia, Brazil, and many others should give serious thought to peeling away from the United Nations, the compromised International Criminal Court, and other corrupt, Western-serving institutions that will, and in many cases already are, being turned against them, their interests, and national sovereignty.

For the people of the world, we must realize that these institutions were created for and by big-business special interests, and the legitimacy they are portrayed as having is a mere illusion created by the corporate media. We must begin identifying these special interests, boycotting and replacing them permanently at a local level. If it is peace we want, it is clear that the UN, NATO, and all institutions in between, sow only death and destruction amidst a myriad of hypocrisy, double standards, and immeasurable corruption, and we must move into the future without them. 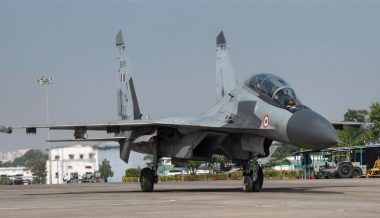