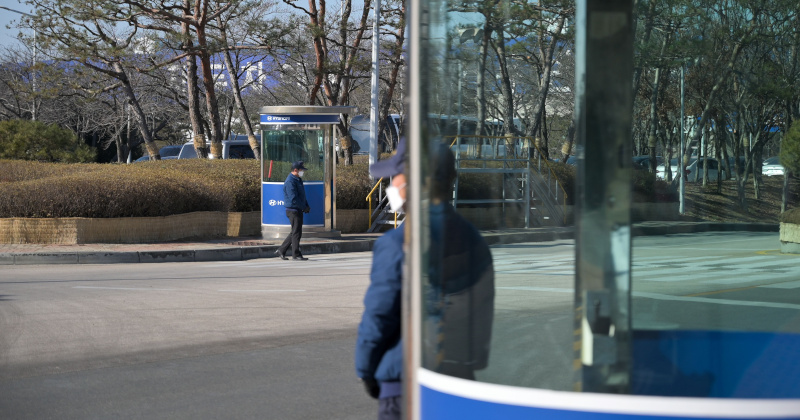 According to the automaker, “colleagues who came in close contact with the infected employee” have been placed in “self-quarantine” and are being “tested for possible infection.”

It’s just the latest indication of the massive economic toll that the coronavirus is having on the already-struggling South Korean economy, which was already mired in a trade dispute with Japan before the virus arrived.

Hyundai is “thoroughly” disinfecting the facility and has given no indication of when production might resume.

The plant is known for producing the company’s immensely popular SUV models, including the GV80, Palisade, Santa Fe, and Tucson, turning out roughly 1,000 cars per day. The company has five factories in the area, with an annual production capacity of 1.4 million vehicles, or about 30% of its global production.

Despite a virus-infected employee (and who knows how many others…), Hyundai has also been struggling with severed supply chains involving suppliers from China, which is why the company chose to idle some Ulsan plants earlier this month.

Samsung announced last weekend that its smartphone factory in Gumi-si, South Korea, closed because of a virus outbreak at the factory.

Last week, chipmaker SK Hynix, a key Apple supplier, reported a virus infection case, resulting in one of its factories to shut down and 800 employees told not to return to work for several weeks as a preventative measure to stop the spread of the virus.

Major factory shutdowns of automobile and electronic companies across South Korea are coming at a time when the global outbreak’s center of gravity is shifting from Wuhan, China, to Daegu, South Korea.

South Korea has confirmed nearly 600 more cases of the virus on Friday, bringing its total to 2,337, making it the largest outbreak outside of mainland China.

Now that the virus is quickly spreading in South Korea, it’s only a matter of time before paralysis of its economy sets in, similar to the economic collapse we’re now seeing in China.

Former Morgan Stanley Asia chairman Stephen Roach warned last month that the global economy could be in a period of vulnerability, where an exogenous shock, such as the virus outbreak both disrupting supply by crushing factory output while also killing consumption, might plunge the global economy into the next global depression, especially considering the many vulnerabilities, from over-levered corporations to the $1.5 trillion pile of student loan debt, rattling around the financial system.