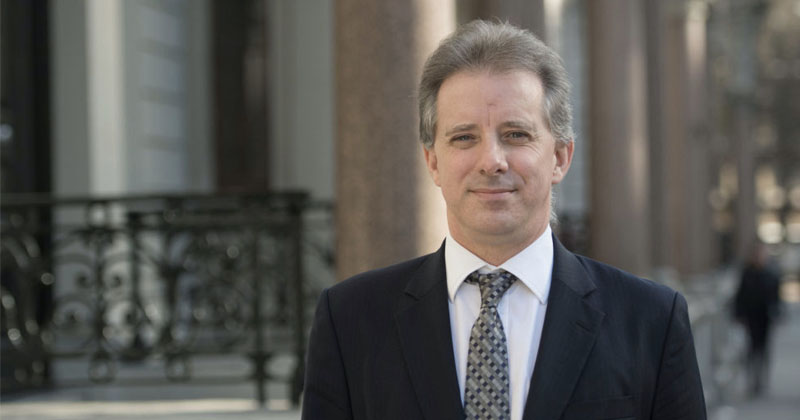 Justice Department Inspector General Michael Horowitz testified that the FISA warrants against the Trump campaign obtained by the FBI were “entirely” based upon the totally debunked Steele dossier, contrary to what the mainstream media has been reporting for nearly three years.

Horowitz admitted during a Senate Judiciary Committee hearing Wednesday that the FISA warrants obtained during the FBI’s counterintelligence probe into Trump campaign associates would not have been issued had the FBI informed the FISC (Foreign Intelligence Surveillance Court) that the dossier compiled by British spy Christopher Steele was baseless, unverified, and unreliable.

“The Crossfire Hurricane team obtained information from Steele’s primary sub-source in January 2017 that raised significant questions about the reliability the Steele reporting,” Horowitz told the committee.

“This was particularly noteworthy because the FISA applications relied entirely on information from the primary sub-source’s reporting to support the allegation that [Carter] Page was coordinating with the Russian government on 2016 U.S. presidential election activities.”

“However, the FBI did not share this information with department lawyers, and it was therefore omitted from the last two renewal applications,” he added.

The confirmation that the Steele dossier was “central” to the FBI’s pursuit of FISA warrants not only vindicates Infowars reporting on this nearly two years ago, it also exposes dozens of fake news hacks who peddled the lie that the FBI didn’t depend on the Steele dossier.

Lawyer and researcher known only as “Techno Fog” revealed a list tweets from a multitude of “journalists” who falsely reported for years that the Steele dossier was of no consequence to the FBI’s investigation into Trump.

WaPo reporter @shaneharris has been lying to the public this whole time. https://t.co/CIb3gRfBdj

He "wants apologies" from anyone who thinks they tricked the FISA judge.

"Trump is wrong about Carter Page, the dossier and the FISA warrant" pic.twitter.com/JNhiNk7Ln3

Most of the dossier "has been validated" pic.twitter.com/3z7cZ8RwVk

CNN Anchor @jimsciutto gets it wrong.

The FBI would "corroborate info in dossier on its own before using such intel to justify the FISA warrant" pic.twitter.com/ks8RB5lsR8

"Nothing in the Steele dossier about Page has been disproven." pic.twitter.com/DiRu74xzFk

Page's FISA apps "were renewed three times, meaning new evidence was found and this didn't all hinge on the dossier"

PERSONAL FAVORITE@AshaRangappa_ with the self-own on the basis to get a FISA warrant. Muh "legal standards"

"The dossier wasn't 'falsely' submitted" to the FISA court. pic.twitter.com/IbjuF99GkP

"let's stop saying Steele dossier has not been corroborated by FBI"

The "dossier is more & more corroborated by the day" pic.twitter.com/hXpDEjhpD1

And… in case @shaneharris tries to delete his tweet.

The finger pointing amongst the deep state coup minions is taking on feverish proportions.