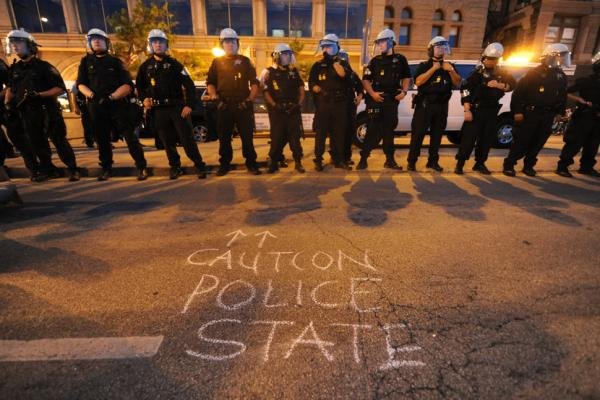 “How can an otherwise sane individual become so enamored of a fantasy, an imposture, that even after it’s exposed in the bright light of day, he still clings to it – indeed, clings to it all the harder? No amount of logic can shatter a faith consciously based on a lie.”

~ Lamar Keene, a scam artist who posed as a psychic, describing why it was so easy to fleece people.

Homo sapiens is a creature of habit. Most people have a strong desire to do what they can to create a life (and lifestyle) that is comfortable for them. Once this is done, we curl up and settle in. We then may add the occasional improvement to this situation, but, otherwise, we prefer then to be left alone to maintain what we have created.

It should not, therefore, be surprising if, when that comfy situation is threatened, we wish the threat would simply go away. Similarly, it is understandable if, when that threat begins to grow, we may simply pull the covers over our heads and pretend the threat either does not exist, or is far more benign than it appears.

Hence, it is a perennial condition of human nature to behave as described by Lamar Keene, when we discover that the government that we have been brought up to believe exists for our protection, has become no less than the greatest threat to our well-being.

Coner the following events, with regard to the USA:

— The Patriot Act (Passed in 2001 and extended in in 2011 with adsidditional controls) expands law enforcement powers and removes civil liberties and constitutionally guaranteed rights. www.renewamerica.com/columns/webster/090419

— The National Defense Authorization Act, passed on 31st December, 2011, allows the indefinite imprisonment by the military of any “suspects” (including American citizens on American soil) without allowing due process of law. www.en.wikipedia.org/nationaldefenseauthorisationact

— The MAP-21 Bill, which allows the Internal Revenue Service to suspend the passport rights of Americans, based on the premise that their tax obligations may be unfulfilled. www.losangeles.cbslocal.com/2012/IRSbill

— The National Defense Resources Preparedness order, created in March, 2012, allows the President to take over control of all food, water, labour and industry in the US, “to promote national defense.” www.naturalnews.com/035301/Obamaexecutiveorders

— 30,000 Drones to fly over the US allowed by executive order, February, 2012, providing the government with an Orwellian surveillance ability and a killing capacity ranging from selected individuals to entire communities. www.wsws.org/articles/2012/jun2012/pers-j21.shtml

— FEMA Interment Camps, to be constructed in every state, with 3 – 15 in each state, for an undisclosed purpose. www.americanthinker.com

— Compounds to store “disposable coffins,” each with hundreds of thousands of 4-5 person coffins stored near city centres around the country. www.youtube.com/watch?v=ERaw6AW7Zec

— 450 million hollow point bullets ordered by the Department of Homeland Security To be used domestically. (The DHS is not responsible for addressing national invasions or overseas wars; it exists solely for the control of internal disorder. Hollow point bullets are not intended for sharpshooting – they are designed specifically to maximize tissue damage.) www.articles.businessinsider.com

The above are all actual occurrences. The reasons for them can be debated. (After all, the DHS may well have ordered 450 million rounds of hollow-point bullets because they were thinking of doing a bit of target practice. And the disposable coffins may be intended to be given out as grow-boxes on the next Earth Day.)

In fact, each of the above, conceivably could have been the product of well-meaning legislators, planning for what they conceived as “a better tomorrow.” The trouble is, taken together, it is difficult to imagine that this may be the case. Indeed, taken together, they suggest the creation of a police state that rivals what Joe Stalin or Brother Adolf created.

At some point, when we observe a government that consistently institutes executive orders and legislation that walks like a duck and swims like a duck and quacks like a duck, it behooves us to conclude that it is in fact, a duck. Is it possible that we may be proven incorrect? Yes, absolutely so. However, when the overwhelming evidence points to the unpleasant realization that our comfy life is soon to end, we would be wise to take preparatory action.

Just how many ducks does it take before we decide there are enough to call them a flock? If such a flock represents a significant and uncontrollable danger to us, we would be advised to get out of the way. In such cases, it is infinitely wiser to err on the side of caution.

Not long ago, I overheard a discussion between an American businessman and an associate from my own country. The American was describing the seemingly endless array of draconian laws and executive orders that have been coming his way, courtesy of his government, in recent years.

His associate said, “I have only one question: “Why aren’t you packing now?”