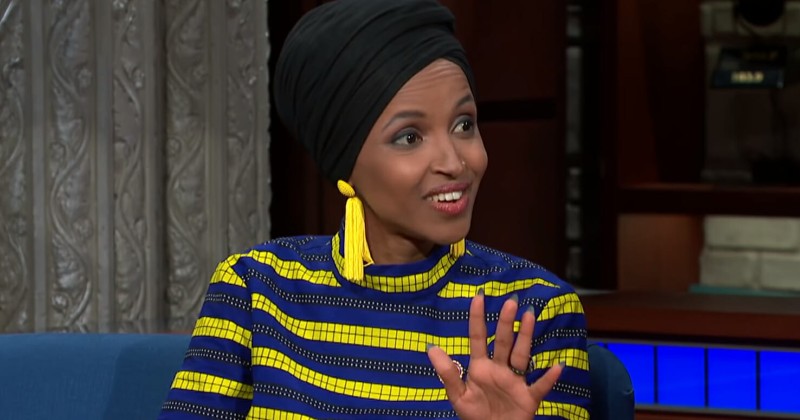 69-year-old Willem Van Spronsen was shot dead when he attempted to firebomb the facility. A manifesto later emerged in which Spronsen used the same “concentration camp” rhetoric espoused by Omar and her colleague Alexandria Ocasio-Cortez.

“I just wondered if you were willing to condemn the terror attack that was committed by a member of Antifa on an ICE facility,” a reporter asked Omar earlier today.

Just asked @IlhanMN if she was willing to condemn the recent attack on an ICE facility by a member of antifa.

“You wouldn’t even say no you condemn the attack,” the reporter added when Omar refused to answer.

She also remained silent when asked to condemn Islamophobia and anti-Semitism.

This is not the first time that Omar has refused to condemn the attack. She was also silent when asked before attending ‘the squad’ press conference when she denounced President Trump’s racist rhetoric.

As we highlighted yesterday, the Minnesota Congresswoman told an audience she is “disgusted” to be asked to condemn Al-Qaeda and female genital mutilation, arguing that merely posing the question alone is Islamophobic and a “waste of time.”