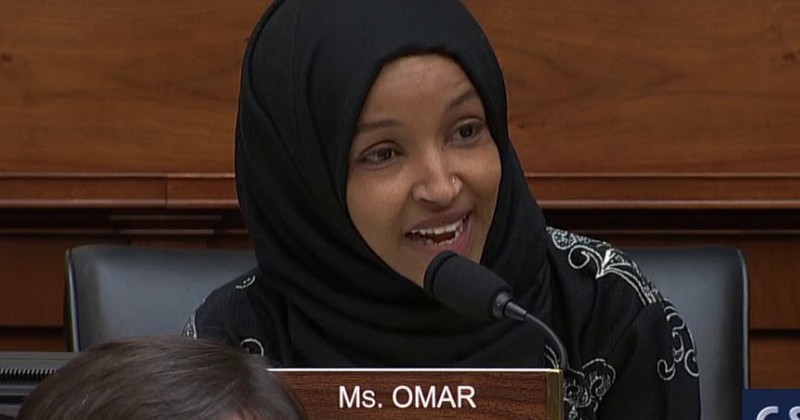 Rep. Ilhan Omar says she is “disgusted” to be asked to condemn Al-Qaeda and female genital mutilation, arguing that merely posing the question alone is Islamophobic and a “waste of time.”

Omar was asked by an audience member if she would condemn FGM, but the Minnesota Congresswoman responded with an angry rant.

Describing the question as “appalling,” Omar joked that she would have to make a schedule to be able to condemn such things on a regular basis.

Rep. Ilhan Omar (D-MN) explodes at an audience member who asked her if she could condemn female genital mutilation

Omar responds by saying the question is "appalling" and she is "disgusted" to be asked if she condemns "al-Qaeda," "FGM," and "Hamas," saying it's a "waste" of time pic.twitter.com/9Ipl55wig9

“I am quite disgusted to honest that as Muslim legislators we are constantly being asked to waste our time speaking to issues that other people are not asked to speak to because the assumption exists that we somehow support and are for…” she added.

By the end of her rant, Omar had still refused to condemn terrorists or FGM.

Perhaps Omar’s argument would make more sense if she hadn’t belittled the horror of 9/11 by describing the terrorist atrocity as “some people did something”.

Her case also isn’t helped by the fact that she once defended wannabe ISIS jihadists and asked a judge to give then more lenient sentences.

Omar laughing about and making light of Al-Qaeda, as highlighted in the video below, also doesn’t really indicate a vehement disdain for Islamic terrorism.