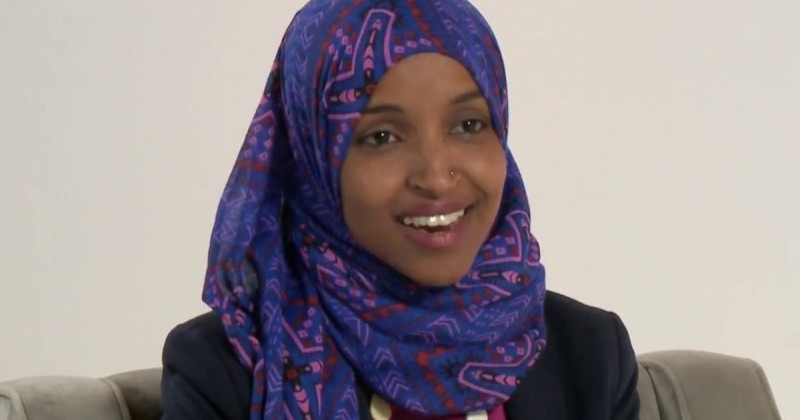 Ilhan Omar once told a Somali immigrant to the U.S. “why don’t we deport you” after the immigrant suggested that Somali’s shouldn’t import their culture to America.

In a newly uncovered tweet from October 2012, Omar responds to a Somali immigrant to the U.S. who tweeted an article in which the mayor of Maine encouraged Somalis arriving in America to leave their culture at the door.

“We are citizens and can’t be deported,” tweeted Omar, adding, “why don’t we deport you to where ever you came from.” 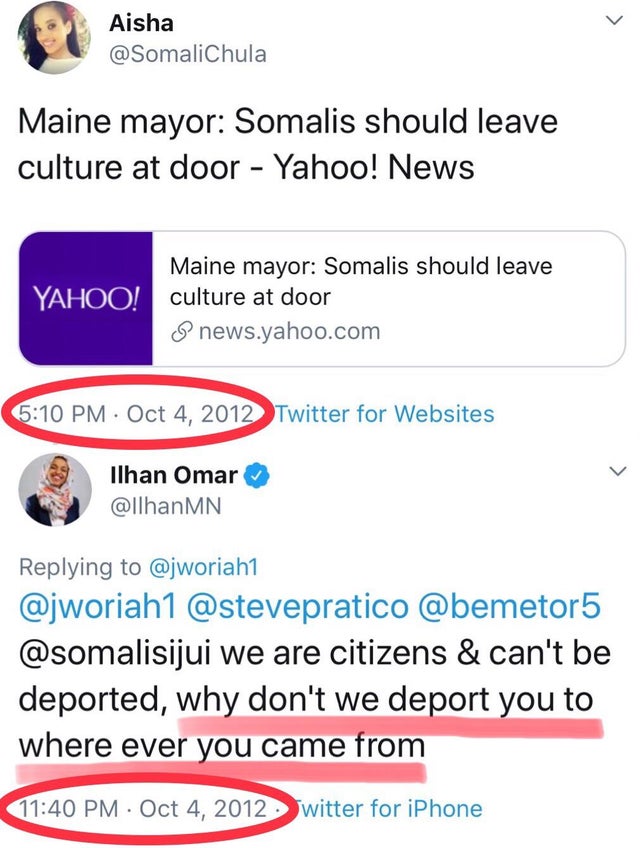 Omar’s tweet is deliciously ironic given the controversy over her recent spat with President Trump, after Trump invited Omar to go back and fix her own country before complaining about America.

Rep. Rashida Tlaib also called for the deportation of then candidate Trump in 2015 when she tweeted, “Deport this asshole!”

So when anyone jokes that Omar or Tlaib should be deported that’s horrifically racist but it’s absolutely fine for them to do the exact same thing.

As we reported last week, during a 2015 speech, Omar described Somalia as “our nation back home,” while failing to describe the United States in similar terms.