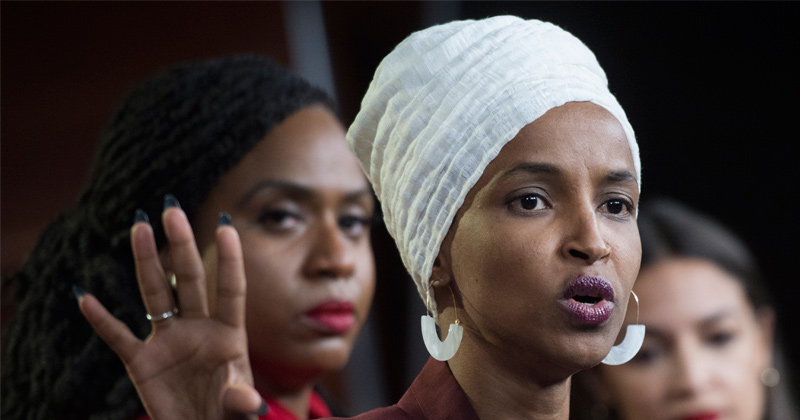 Ilhan Omar voted against a bill that limited life insurance payments to beneficiaries of terrorists who died while committing acts of terror while she was a state representative in Minnesota.

Omar was only one of two “nay” votes of Minnesota bill HF1397 which “may limit payment to a beneficiary” of a life insurance policy “if the insured’s death occurs directly or indirectly as a result of the insured’s furtherance of terrorism.”

“The bill comes in response to Syed Farook’s shooting rampage in San Bernardino, Calif., in December 2015 that killed 14 people and injured 22,” stated a press release. “Authorities suggest Farook made sure his life insurance policies worth $275,000 were valid before the incident.”

“After Farook died in a shootout with police, his mother fought to remain the beneficiary of those life insurance policies [which were based out of Minnesota].”

The press release didn’t explain why Omar voted against the bill, although it did explain that the other “nay” voter felt the bill contained a technicality the way it was written.

Months prior, when she was first elected to the State House, Omar asked a judge “for compassion in ISIS recruit sentencing,” according to Fox 9 News of Minnesota.

The letter is posted below in full:

As you undoubtedly deliberate with great caution the sentencing of nine recently convicted Somali-American men, I bring to your attention the ramifications of sentencing young men who made a consequential mistake to decades in federal prison.

Incarcerating 20-year-old men for 30 or 40 years is essentially a life sentence.

Society will have no expectations of the to be 50 or 60-year-old released prisoners; it will view them with distrust and revulsion.

Such punitive measures not only lack efficacy, they inevitably create an environment in which extremism can flourish, aligning with the presupposition of terrorist recruitment: “Americans do not accept you and continue to trivialize your value. Instead of being a nobody, be a martyr.”

The best deterrent to fanaticism is a system of compassion.

We must alter our attitude and approach; if we truly want to affect change, we should refocus our efforts on inclusion and rehabilitation.

A long-term prison sentence for one who chose violence to combat direct marginalization is a statement that our justice system misunderstands the guilty.

A restorative approach to justice assesses the lure of criminality and addresses it.

The desire to commit violence is not inherent to people — it is the consequences of systematic alienation; people seek violent solutions when the process established for enacting change is inaccessible to them.

Fueled by disaffection turned to malice, if the guilty were willing to kill and be killed fighting perceived injustice, imagine the consequence of them hearing, “I believe you can be rehabilitated.

I want you to become part of my community, and together we will thrive.”

We use this form of distributive justice for patients with chemical dependencies; treatment and societal reintegration.

The most effective penance is making these men ambassadors of reform.

The restorative approach provides a long-term solution – though the self-declared Islamic State may soon suffer defeat, their radical approach to change-making will continue as it has throughout history – by criminalizing the undergirding construct rather than its predisposed victims.

Therein, this ruling can set a precedent and has the potential to be a landmark case in addressing extremism.

Thank you for your careful attention,

Facebook has jumped the shark when it banned quotes containing biblical verses as “hate speech.”