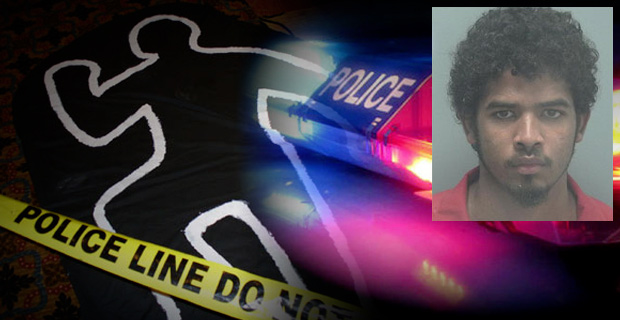 The brutal deaths of a grandmother and two teens in Florida earlier this week have been pinned on an illegal alien who crossed the Texas-Mexico border.

Police in Fort Meyers arrested Bolivian national Brian Omar Hyde, 19, Tuesday driving on the wrong side of the road with no license and blood on his clothes and body.

The Lee County Sheriff’s Office suspects Hyde of carrying out the “extremely violent “ slayings of his cousin and roommate Starlette Pitts, 17, her mother Dorla Pitts, 37, and Michael Kelly, Jr., 19, though they still haven’t figured out a motive. Pitts’ and Kelly’s 18-month-old daughter reportedly remained unharmed.

It was an “extremely violent scene, even for us,” Sands said. “All homicide scenes are normally violent, but this scene was what we considered unimaginable.”

According to the lieutenant, there were indications the victims died due to sharp force trauma, though no murder weapon was identified. There was also evidence the victims attempted to defend themselves from their attacker.

“He is an illegal alien,” Lt. Sands stated, adding, “He is currently on bond and is in the process of being removed from the United States.”

Hyde was recently wanted in connection to a recent robbery of a cell phone store there before fleeing the country.

Hyde first came to the U.S. in January, illegally entering through Texas, according to investigators.

Since then, Hyde had been staying with his relatives, the Pitts, in Lehigh Acres.

According to Belize media outlets, Hyde was also arrested in November of last year for assaulting a police officer, a charge he later disputed.

Other reports show Hyde and two other men were suspects in a double murder case dating back to October 2013. He was only charged with a lesser crime of “handling stolen goods.”

Hyde’s uncle, Russell Hyde, is also reportedly a known criminal in Bolivia who is suspected of decapitating and dismembering two people in May.

Brian Hyde is currently charged with “three counts of second degree murder and one count of killing an unborn child by injury to the mother,” the lieutenant said.

WBBH says they’re still waiting for a spokesperson at US Immigration and Customs Enforcement (ICE) to return a request for comment.

Watch: Infowars’ Jon Bowne breaks down the tide of criminality being imported into the US.