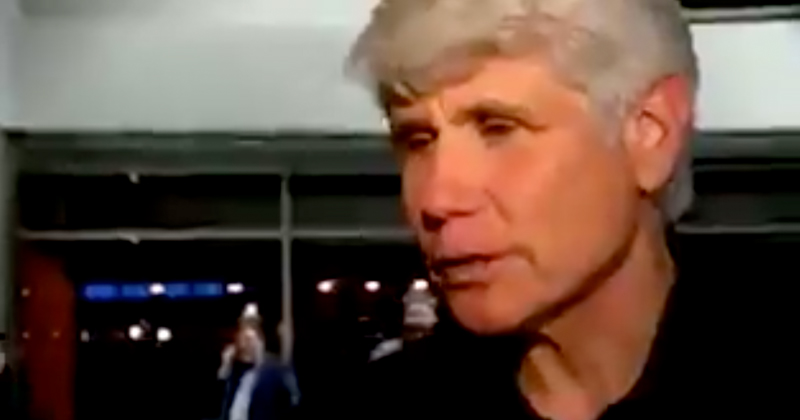 Blagovich, who was a contestant on Trump’s hit TV show The Celebrity Apprentice, was among 11 people granted clemency by the president Tuesday, including former San Francisco 49ers owner Eddie DeBartolo, who was convicted in 1998 of extortion, and former New York City police commissioner Bernard Kerik, convicted on tax fraud charges in 2010.

“I want to express our most profound & everlasting gratitude to President Trump. He didn’t have to do this. He is a Republican president; I was a Democrat Governor and my fellow democrats don’t treat him very good,” Blagojevich said in an interview.

#BREAKING JUST IN! Former Ilinois Gov. Rod Blagojevich "I Want To Express Our Most Profound & Everlasting Gratitude To President Trump He Didn't Have To Do This. He Is A Republican President I Was A Democrat Gov. & My Fellow #Democrats Don't Treat Him Very Good."@realDonaldTrump pic.twitter.com/MXZHRrwJ2H

He added, “My fellow Democrats have not been very kind to him — in fact, they’ve been very unkind to him. If you’re asking me what my party affiliation is, I’m a Trumpocrat.”

Blagojevich elaborated at a press conference Wednesday, stating, “President Trump is not a typical politician. He’s tough, he’s outspoken, he gets things done. He’s a problem solver in a business where too many politicians don’t want to solve problems. All they want to do is play politics and get nothing done for the people.”

Former Illinois Gov. Rod Blagojevich after having his sentence commuted by Trump:

"President Trump is not a typical politician. He’s tough, he’s outspoken, he gets things done. He’s a problem solver in a business where too many politicians don’t want to solve problems." pic.twitter.com/yxZO7OS1Nm

“I’m a Trump-ocrat,” he again stated, confirming he would vote for Trump if given the opportunity.

“Let me just say that our President is… he’s tough and outspoken and he has the courage to challenge the old way. He’s the one who’s actually fighting to bring real change. That’s why he gets so much push back, but notwithstanding being tough, he’s also a man with a kind heart. He’s sees wrong and he tries to right it.”

Blagojevich had served eight years out of a 14 year sentence for allegedly attempting to sell then-president elect Barack Obama’s Senate seat in 2008.

On Wednesday, after the sentence was commuted, President Trump took to Twitter to defend Blagojevich against the charges for which he was found guilty in 2011.

Rod Blagojevich did not sell the Senate seat. He served 8 years in prison, with many remaining. He paid a big price. Another Comey and gang deal! Thank you to @LisaMarieBoothe who really “gets” what’s going on! @FoxNews

Trump had mentioned last year the fact the White House was looking into communting Blagojevich’s sentence, saying “it was a very severe one.”

Rod Blagojevich, the former Governor of Illinois, was sentenced to 14 years in prison. He has served 7 years. Many people have asked that I study the possibility of commuting his sentence in that it was a very severe one. White House staff is continuing the review of this matter.

According to Breitbart, “Critics suggested that the sentence was too harsh, and that the government had been eager to move him out of the way as a symbol of the corrupt Chicago world from whence Obama had come.”

Tyler Nixon joins The Alex Jones Show to break down the reality of pardoning Roger Stone.