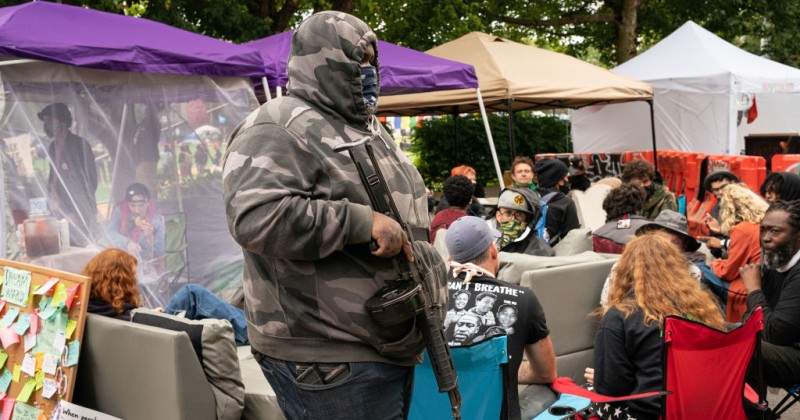 Numerous Seattle residents living near the Capitol Hill Organized Protest zone (CHOP) that has been taken over by Black Lives Matter demonstrators say they are scared and fear for their safety.

Speaking with local news station King 5, one man said that he and his fiancee, who live near Cal Anderson Park, which has been occupied by protesters for two weeks, were living in fear.

“We’re not even here most of the time. I’m scared to live here. It’s just not conducive,” he said.

The news station said it had received “many” emails from similar people wanting to remain anonymous who all said they were afraid for their safety.

The sentiments are similar to those expressed by another resident in the video below who says he hears screams of terror and gunshots every single night in the area.

When asked about such concerns, one of the CHOP occupiers snapped back, “If that discomforts them, I can’t imagine how they feel about black people being murdered by police.”

Violent crime has soared 300% since the area was taken over, with robberies and rapes becoming commonplace, despite Mayor Jenny Durkan proclaiming the movement to be a potential “summer of love.”

There is no indication when CHOP occupiers will leave or if police are planning to reclaim their ransacked precinct building.

One wonders how the media, which has consistently claimed the area is “peaceful” despite overwhelming evidence to the contrary, would react if an armed right-wing militia took over a police station and occupied part of a major American city.

Chances are they probably wouldn’t describe the situation as “peaceful”.