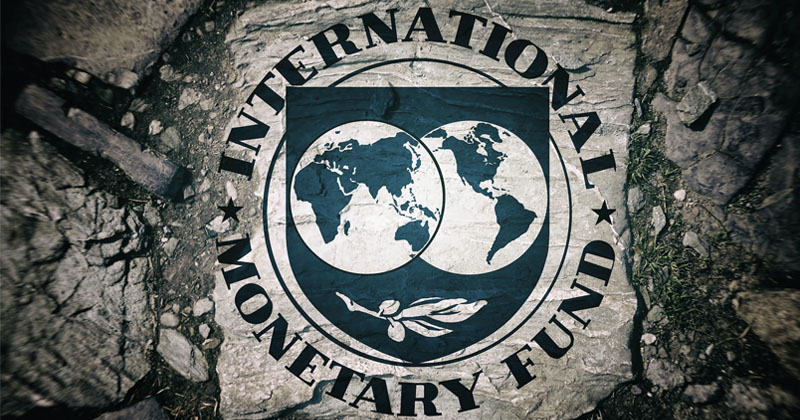 The international financial watchdog earlier estimated the recent trade rows had already cost the world economy about $700 billion or an 0.8 percent slump in global GDP, outlining the data in a soon-to-be-published annual report by the IMF.

Chief of the International Monetary Fund Kristalina Georgieva has described the fearsome possibility of a repetition of the Great Depression, in light of today’s inequality and financial instability.

While taking the floor at the Peterson Institute of International Economics in Washington, she cited new IMF research that draws a line between the current economic state and the “roaring 1920s”, which climaxed with the 1929 market collapse, assuming grounds for the same trend are already there.

She took particular aim at the UK, lamenting that the inequality gap is on the rise within countries per se, while between them, the negative trend has been effectively rooted out over the past two decades.

“In the UK, for example, the top 10% now control nearly as much wealth as the bottom 50%. This situation is mirrored across much of the OECD (Organisation for Economic Co-operation and Development), where income and wealth inequality have reached, or are near, record highs”.

She warned that newly emerging issues like trade protectionism, environmental action, multi-way economic and telecom agreements mean the next decade will see nothing other than social unrest and stock market volatility.

“Excessive inequality hinders growth and … can fuel populism and political upheaval”, she summed up further drawing attention to the financial sector which, she complained, is always disregarded.

She brought up a new study in which the IMF set out China’s positive experience in expanding access to the financial sector there helped arrive at “enormous economic gains in the 2000s”, contending this helped scores of people to battle poverty.

As for the crisis of 2008, she ascertained that one in four young people in Europe as still trying to cope with its post-effects, and risk sliding into poverty.

According to Guardian-cited Eric LeCompte, the head of debt charity Jubilee USA, “the IMF delivered a stark message about the potential for another massive financial disaster”akin to the Wall Street crash and the Great Depression in the 1930s.

Earlier this week, Georgieva sang the praises of the newly-signed US-China phase one trade agreement arguing it would help ease the uncertainty that has stood in the way of international economic breakthroughs.

The IMF yearly World Economic Outlook, set to be released on Monday, will project improvement in the coming years, with the IMF having estimated the recent trade rows cost the world economy about $700 billion or an 0.8 percent reduction in collective gross domestic product.

Gerald Celente hosts the 4th hour of The Alex Jones Show to break down the looming recession and eventual depression.