Europe is recovering, right? Wrong. As Nigel Farage raged last night, things are not what they seem and even the IMF is now beginning to get concerned again (especially after Lagarde’s call yesterday for moar from Draghi and every other central banker). As Bloomberg’s Niraj Shah notes, it’s not just the PIIGS we have to worry about (or not), Denmark, Finland, Norway and Poland have been added to the IMF’s list of countries with the potential to destabilize the global economy.

The IMF’s decision means the four nations will be subject to mandatory financial sector assessments. The total number of countries on the list has risen to 29 from 25. The IMF’s decision may further undermine the safe-haven status of the Nordic nations, where rising household debt imposes a financial risk. 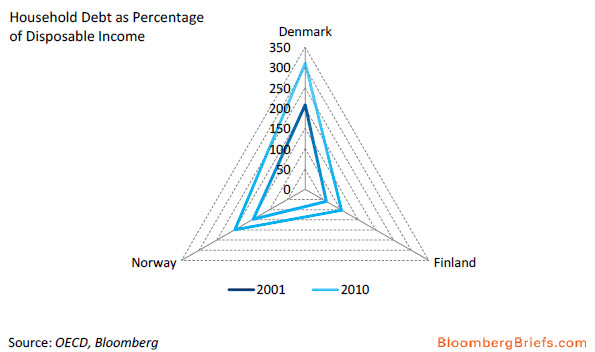 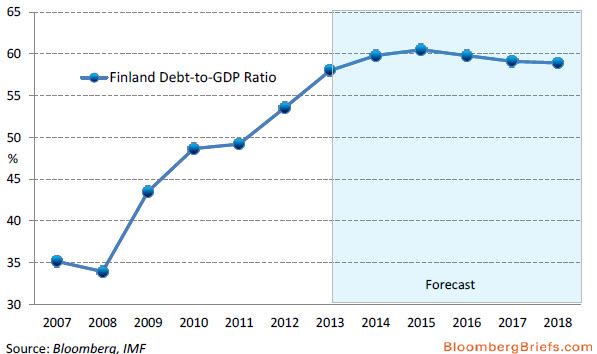 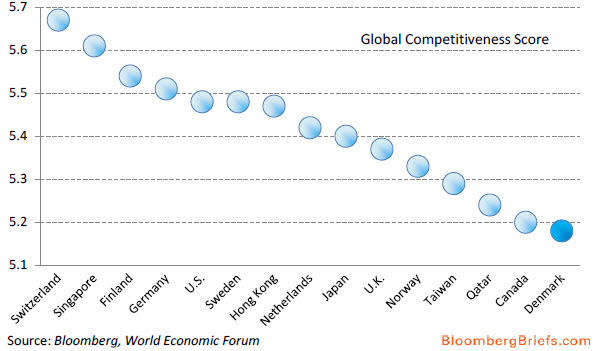 Denmark has dropped to 15th place in the World Economic Forum’s global competitiveness report from third in 2008. Labor costs rose 9.1 percent between 2008 and 2012, compared with an EU average increase of 8.6 percent in the period. Norway has the highest labor costs in Europe at 48.3 euros per hour in 2012, compared with 30.4 euros in Germany. That may undermine competitiveness and the growth outlook. 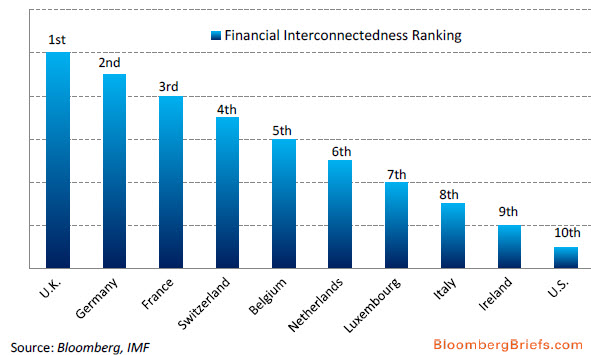 The inclusion of three Nordic nations for mandatory assessment is the result of a new methodology by the IMF that gives more weight to financial interconnectedness. The U.K. is the most financially linked nation in the world, followed by Germany. Seven of the top 10 most interconnected financial nations are in the euro-area.

So as the world congratulates itself (most notably Ben Bernanke today), the IMF seems concerned that this could all get worse again very quickly. Think they are all too small to worry about? Remember Lehman?