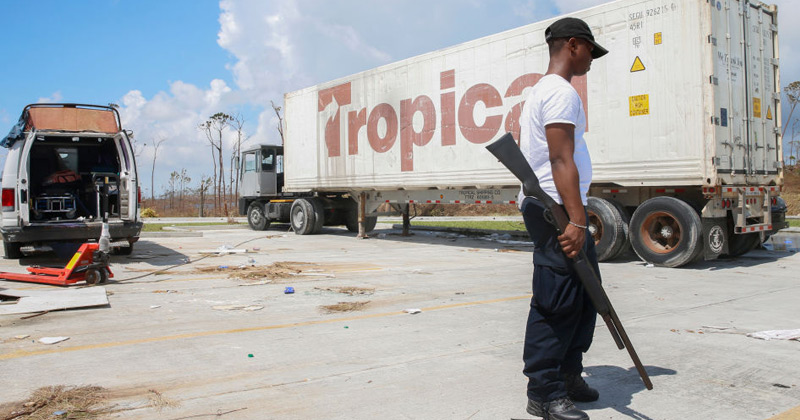 In the Bahamas, the aftermath of Hurricane Dorian is proving to be just as dangerous and potentially worse than the storm itself, but armed-militias are attempting to keep the peace.

The Abaco Islands, the worst-hit of the archipelago according to BBC, are allegedly suffering a larger death toll than being reported.

Bahamas Press states, “We are learning that only one police officer is stationed in Treasure Cay, Abaco. A plane landed there and was robbed immediately.”

“We are also learning of reports that, when survivors land in Nassau, they’re being told not to speak about all the deaths and seeing the many dead bodies all across Abaco.”

The UN estimates that 76,000 people are in danger of dying from starvation or disease due to a lack of food and clean drinking water.

Besides starvation, dehydration and disease, violent individuals desperate for supplies are also a threat to survivors on the islands.

An Abaco militia group is seen in the photo below blocking off a road to protect themselves from looters. 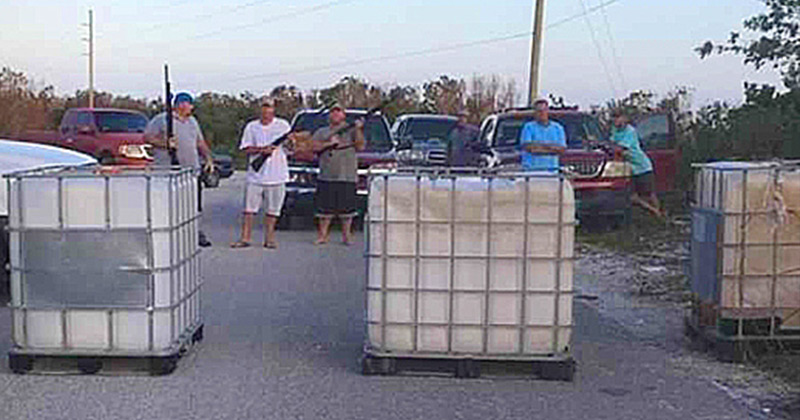 Retired Senior Executive at NBC Universal Mike Sington posted about the tragic situation on Twitter, writing, “Thousands are missing in the Bahamas, and bodies are piling up, as the militia moves in to stop people from shooting each other for food and water.”

Thousands are missing in the Bahamas, and bodies are piling up, as the militia moves in to stop people from shooting each other for food and water. This could be the worst natural disaster to hit the planet in modern history. pic.twitter.com/BDwSwrPUxC

The current death toll is 30, but Bahamian Health Minister Duane Sands said, “I believe the number will be staggering.”

The above report is critical to understand that the former CIA director admits that the government is able to control hurricanes. Infowars is not saying Hurricane Dorian was controlled. But many publications and researchers are reporting that some meteorologists are saying there are signs Dorian may have been altered. Watch the above report to see the shocking declassified information for yourself!