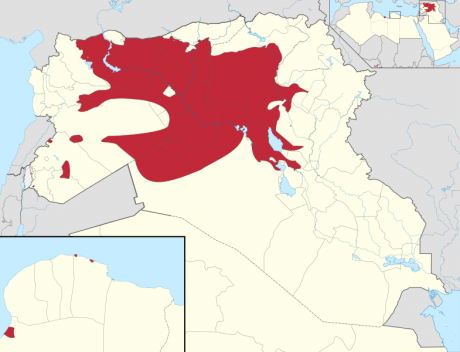 During the Iraq war more than 4,000 U.S. soldiers died, countless others were severely injured, and the total cost to U.S. taxpayers was more than 2 trillion dollars.

But now whatever the U.S. military accomplished during that war is being completely undone by ISIS.

On Monday, we learned that ISIS had fully taken control of the strategically important city of Ramadi.  Despite nine months of airstrikes by the U.S. military, ISIS continues to move forward and take new territory.  Just a few years ago, American soldiers fought some incredibly bloody battles on the streets of Ramadi, but now that city is in the hands of the most ruthless terror organization on the entire planet.  And since it is only about 70 miles from Baghdad, Ramadi is going to make a fine staging area for an all-out assault on the capital.  No matter how you cut it, the cold, hard reality of the matter is that the United States is losing in Iraq and ISIS is winning.  So what will the U.S. do if ISIS actually takes control of the entire country?

Ramadi is traditionally known as the ‘Gateway of Baghdad’, but in recent days it has experienced utter carnage.  According to the Daily Mail, “mutilated bodies” now lie everywhere along the streets of that once proud city…

Mutilated bodies scatter the streets of the ‘Gateway of Baghdad’, where Islamic State slaughtered around 500 and forced nearly 25,000 to flee their homes over the last few days.

Now ISIS has released images of militants celebrating, children wielding automatic weapons and a fleet of pick-up trucks carrying its jubilant fighters through the blood-stained streets of Ramadi.

U.S. military officials insist that it really isn’t that big of a deal that Ramadi has fallen, but they made similar pronouncements back during the days of the Vietnam War.  Just consider the following passage from a recent Wall Street Journal article…

In the closing years of the Vietnam War it was often noted sardonically that the “victories” against the Viet Cong were moving steadily closer to Saigon. The same could be said of Baghdad and the victories claimed against Islamic State, or ISIS, in Iraq in the past year. The ISIS takeover of Ramadi in the Anbar province over the weekend exposed the hollowness of the reported progress against ISIS. The U.S.-led bombing campaign in support of Iraqi forces isn’t working.

And guess what?  As the “Iraqi Security forces” folded, they left behind large amounts of military equipment and large numbers of armored vehicles for ISIS to capture.  In the end, this will make ISIS even more formidable.  The following comes from Fox News…

Although there were a large number of Iraqi security forces occupying Ramadi, most troops fled after ISIS fighters began their assault on the city center Sunday, leaving behind Humvees and armored vehicles supplied by the U.S. military, a separate senior U.S. military official told Fox News.

“The Iraqi security forces were pushed out by a much smaller [ISIS] force,” the official said.

This is a theme that we have seen time after time.  ISIS is taking over both Iraq and Syria largely using captured American weapons.  Vehicles, equipment and weapons that our tax dollars paid for are being used to establish and expand a terrorist state in the heart of the Middle East, and Barack Obama seems almost ambivalent to the whole thing.

Even those that are on Obama’s side can’t quite understand what Obama is doing.  For example, just consider the words of Piers Morgan…

But Obama’s had plenty of time to devise a successful strategy for dealing with the emerging threat of ISIS, and so far he has spectacularly failed.

As they beheaded Americans, he made somber speeches, then played golf minutes literally seven minutes later.

As they burned Jordanian pilots in cages, Obama assured us with almost casual confidence that he was on top of things.

As they threw gays to their death off rooftops and slaughtered Christians on beaches, still the leader of the free world exuded calm.

The clear message? ‘Don’t worry, I’ve got this all under control..’

For years and years, we heard about what a “threat” al-Qaeda was.  But the truth is that al-Qaeda never was much of a threat at all.  Most of the time their leaders seemed to be hiding out in caves or bunkers, and they never actually controlled any real territory.

But now we have a very real Islamic caliphate which has become so powerful that it can successfully fight a multi-front war against the Syrian government, the Kurds and the Iraqi government.  Since it was first established, the amount of territory that it has captured is larger than the British Isles, and smaller terror groups all over the planet are rapidly swearing allegiance to it.

Unlike al-Qaeda, ISIS appears to be the real deal, and nobody in the western world can seem to muster up the will to do anything about it.  The following is how this new Islamic State was described in a recent article in the Telegraph…

It is one of the strangest states ever created. The Islamic State wants to force all humanity to believe in its vision of a religious and social utopia existing in the first days of Islam. Women are to be treated as chattels, forbidden to leave the house unless they are accompanied by a male relative. People deemed to be pagans, like the Yazidis, can be bought and sold as slaves. Punishments such as beheadings, amputations and flogging become the norm. All those not pledging allegiance to the caliphate declared by its leader, Abu Bakr al-Baghdadi, on 29 June last year are considered enemies.

Almost every day now, there are global headlines about the latest ISIS atrocities.  You can find a couple of particularly disturbing examples right here and right here.

There is no negotiating with these guys, and they will not stop until the entire Middle East is under their control.

I want to share with you two maps.  This first map is the territory that ISIS controls today…

This second map is what ISIS claims belongs to them… 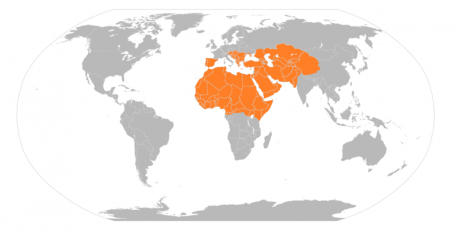 So what should be done about ISIS?