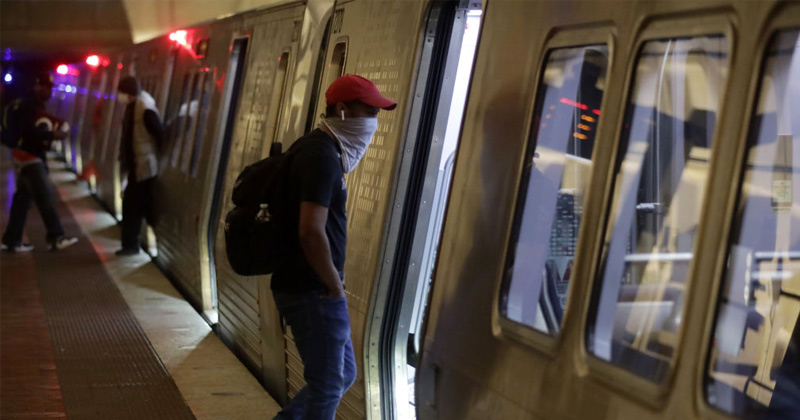 About 2.9 million people die in the United States each year from all causes. Monthly this total ranges from around 220,000 in the summertime to more than 280,000 in winter.

In recent decades, flu season has often peaked sometime from January to March, and this is a major driver in total deaths. The average daily number of deaths from December through March is over eight thousand.

So far, total death data is too preliminary to know if there has been any significant increase in total deaths as a result of COVID-19, and this is an important metric, because it gives us some insight into whether or not COVID-19 is driving total death numbers well above what would otherwise be expected.

Indeed, according to some sources, it is not clear that total deaths have increased significantly as a result of COVID-19. In a March 30 article for The Spectator, former UK National Health Service pathologist John Lee noted that the current number of deaths from COVID-19 does not indicate that the UK is experiencing “excess deaths.” Lee writes:

The simplest way to judge whether we have an exceptionally lethal disease is to look at the death rates. Are more people dying than we would expect to die anyway in a given week or month? Statistically, we would expect about 51,000 to die in Britain this month. At the time of writing, 422 deaths are linked to Covid-19—so 0.8 per cent of that expected total. On a global basis, we’d expect 14 million to die over the first three months of the year. The world’s 18,944 coronavirus deaths represent 0.14 per cent of that total. These figures might shoot up but they are, right now, lower than other infectious diseases that we live with (such as flu). Not figures that would, in and of themselves, cause drastic global reactions.

As Lee notes, total COVID-19 deaths could still increase significantly this season, but even then we must ask what percentage of total deaths warrants an international panic. Is it 5 percent? Ten percent? The question has never been addressed, and so far, a figure of 1 percent of total deaths in some places is being treated as a reason to forcibly shut down the global economy.

Yet, as a CDC report recently noted, pneumonia deaths have often been far more common than COVID-19 deaths are right now: “Based on National Center for Health Statistics (NCHS) mortality surveillance data available on March 26, 2020, 8.2 percent of the deaths occurring during the week ending on March 21, 2020 (week 12), were due to [pneumonia and influenza].”

Meanwhile there is a trend toward to attributing more of those pneumonia deaths to COVID-19 rather than influenza, although this doesn’t actually mean the total mortality rate has increased. The CDC report continues: “the percent of all deaths with Influenza listed as a cause have decreased (from 1.0% to 0.8%) over this same time period. The increase in pneumonia deaths during this time period are likely associated with COVID-19 rather than influenza.” This doesn’t represent a total increase in pneumonia deaths, just a change in how they are recorded.

This reflects an increased focus on attributing deaths to COVID-19, as noted by Lee:

In the current climate, anyone with a positive test for Covid-19 will certainly be known to clinical staff looking after them: if any of these patients dies, staff will have to record the Covid-19 designation on the death certificate—contrary to usual practice for most infections of this kind. There is a big difference between Covid-19 causing death, and Covid-19 being found in someone who died of other causes. Making Covid-19 notifiable might give the appearance of it causing increasing numbers of deaths, whether this is true or not. It might appear far more of a killer than flu, simply because of the way deaths are recorded.

Given this rush to maximize the number of deaths attributable to COVID-19, what will April’s data look like? It may be that COVID-19 deaths could then indeed number 10 or 20 percent of all deaths.

But the question remains: will total deaths increase substantially compared to April 2019 or April 2018? If they don’t, this will call into question whether or not COVID-19 is the engine of mortality that many government bureaucrats insist it is. After all, if April’s mortality remains “about the same” as the usual total and comes in around 230,000–235,000, then obsessive concern over COVID-19 would be justified only if it can be proven April 2020 deaths would have plummeted year-over-year had it not been for COVID-19.

Meanwhile the CDC is instructing medical staff to report deaths as COVID-19 deaths even when no test has confirmed the presence of the disease. In a Q and A on death certificates published by the CDC on March 24, the agency advises:

COVID-19 should be reported on the death certificate for all decedents where the disease caused or is assumed to have caused or contributed to death. Certifiers should include as much detail as possible based on their knowledge of the case, medical records, laboratory testing, etc. If the decedent had other chronic conditions such as COPD or asthma that may have also contributed, these conditions can be reported in Part II. [emphasis in original.]

This is extremely likely to inflate the number of deaths attributed to COVID-19 while pulling down deaths attributed to other influenza-like illnesses and to deaths caused by pneumonia with unspecified origins.  This is especially problematic since we know the overwhelming majority of COVID-19 deaths occur in patients that are already suffering from a number of other conditions. In Italy, for example, data shows 99 percent of COVID-19 deaths occurred in patients who had at least one other condition. More than 48 percent had three other conditions. Similar cases in the US are now likely to be routinely reported simply as COVID-19 cases.

Unfortunately, because total death data is not reported immediately, we have yet to see how this plays out. We do know historically, however, that deaths attributed to flu and pneumonia over the past decade have tended to make up around five to ten percent of all deaths, depending on the severity of the “season.”  Last week (week 14, the week ending April 4) was the first week during which COVID-19 deaths exceeded flu and pneumonia deaths, coming in at 11 percent of all death for that week. The prior week, (week 13, the week ending Mar 28) COVID-19 deaths made up 3.3 percent of all deaths.  Until we have reliable numbers on all deaths in coming weeks, it will be impossible to know the extent to which COVID-19 are “cannibalizing” flu and pneumonia deaths overall. That is, if the COVID-19 totals skyrocket, but total deaths remain relatively stable, than we might guess that many deaths formerly attributed simply to pneumonia, or to flu, are now being labeled as COVID-19 deaths. Potentially, this could also be the case for other patients, such as those with advanced cases of diabetes.