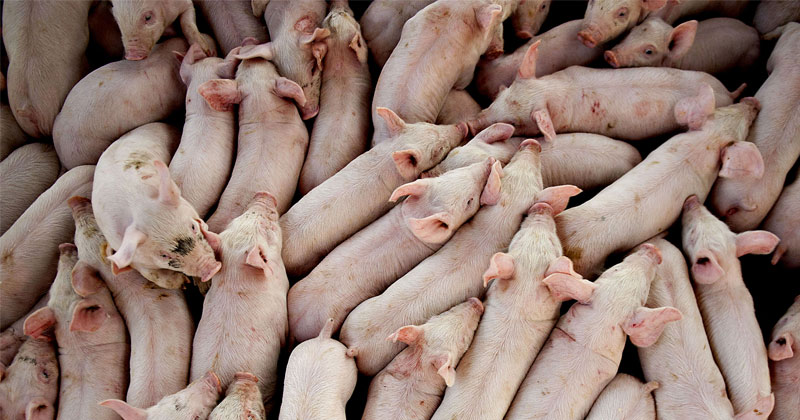 Confirming reports from earlier in the week, Beijing announced on Friday that it would indeed encourage state-owned companies to begin “goodwill” purchases of US soybeans, pork and other farm goods (desperately needed by China) by imposing waivers from trade-war tariffs, according to the South China Morning Post.

The decision was characterized as the latest in a series of tit-for-tat trade war deescalations by Beijing and Washington (though Beijing is struggling with a deadly outbreak of swine flu that has killed off nearly one-third of the country’s pigs, and also has been struggling to find replacements to source soybeans, it’s funny how importing stuff they need has been characterized as “goodwill”).

Still, China’s Xinhua News Agency reported on Friday that China’s National Development and Reform Commission and the Ministry of Commerce had decided to make the exemption in response to the US’s decision to postpone a hike in the tariff rate on $250 billion of Chinese goods from October 1 to October 15.

As always, Global Times editor Hu Xijin was among the first to report the news, adding that “it is hoped the US side can keep goodwill reciprocity with China through practical actions.”

Beijing will allow Chinese businesses to purchase a “certain amount of farm products such as soybeans and pork” from the US, according to Xinhua. “China’s market is big enough and there’s great potential to import high-quality US farm products.” Chinese officials added that “the US will honour its word and fulfil its promises to create favourable conditions for cooperation for the two countries in the agriculture sector.”

Hua Changchun, an economist at Guotai Junan Securities, a brokerage in the PRC, said Beijing’s latest ‘gesture’ has increased the prospects for a narrow trade deal with the US.

“But it’s a small deal,” Hua said. “It means that there would be no escalation of tariffs as China has agreed to make more purchases. It could provide a certain level of comfort to US farmers and give Trump something to brag about” It marks the latest in series of rapid-fire developments this week that suggest a concerted effort by China to push for a partial, or interim, trade deal.

Trump said Thursday he preferred a broad deal, but left open the possibility of a more limited deal to start. Beijing’s confirmation comes after Reuters confirmed that several state-owned firms had purchased “at least 10 boatloads” of US soybeans.