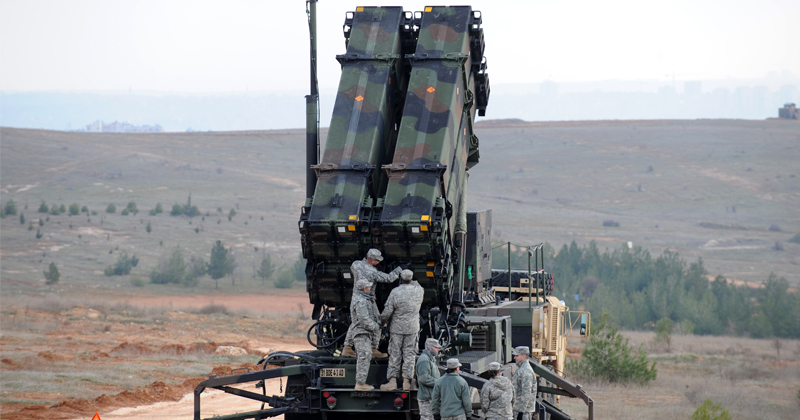 In a breaking major development in the battle for Idlib, Turkey has reportedly asked the United States for its Patriot missile defense system “to deter” the Russian and Syrian Army offensive in Idlib, reports Bloomberg citing an official in Ankara.

This would constitute a significant flip-flop and irony, and could prove deeply embarrassing for Erdogan, given it was long the firm stance of Washington that it would not provide Patriots if Turkey went forward with procuring Russia’s S-400s, which began transfer to Turkey last year.

A senior Turkish official in Ankara was reported as saying Turkey asked the US. to deploy two Patriot missile-defense batteries on its southern border to defend against Russian air power.

“Turkey is yet to receive a U.S. response to the request, which was relayed last week to James Jeffrey, the U.S. envoy for Syria engagement, the official said, asking not to be identified discussing sensitive information. The U.S. Embassy in Turkey declined to comment.”

This means Erdogan may have flipped on Putin as well — certainly such a request could mark a major turn back to the US, Turkey’s powerful NATO ally.

Turkey is supposedly asking the US for Patriot missiles to deter the Russians. No one could have ever seen this coming.


It must be remembered that early last year things came to a head between Ankara and Washington to the point that the Trump administration issued an ultimatum that Turkey must ultimately “choose between remaining in NATO or buying the Russian S-400”.

Turkey of course chose the latter, but events over Idlib could be the great undoing of Erdogan’s previous pivot to Moscow.