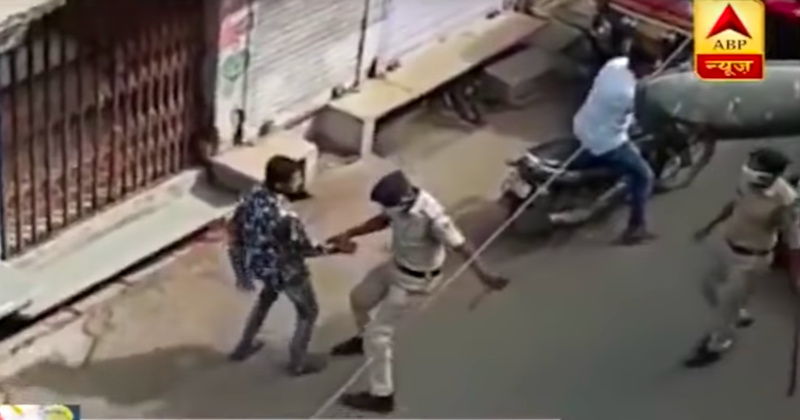 With only 500 or so cases confirmed as of Tuesday, Indian Prime Minister Narendra Modi declared in a late-night address that as of midnight (at the time, only a few hours away) the entire country of between 1.3 and 1.4 billion people would be placed under a strict lockdown.

Individuals would be allowed to leave just once per day to buy food, and only for trips to buy essential products like medicine, or to see a doctor.

Modi claimed the 21-day lockdown would be necessary to avoid setting India back “21 years”, and argued that “to save India, to save its every citizen, you, your family…every street, every neighborhood is being put under lockdown.”

Less than a day later, images and video of Indian police beating citizens caught violating the lockdown, or perhaps mistakenly accused of leaving home for frivolous reasons when they were really out buying food.

Alok Barman, a houseworker who works in south Delhi, said he was beaten by cops when he ventured into the outskirts of the city to try and find food, according to wire reports cited by the NYP.

“Some homes that I work in paid me some money and I thought it was best to get some food in the house. But the police attacked us with sticks and beat us,” Barman said. “Now we have nothing to eat.”

Another local, Tarique Anwar, said he went out to buy milk and vegetables at a grocery store in Delhi’s Jamia Nagar neighborhood, but was stopped by police, who ordered him to turn back. While the owner of a meat shop, whose name wasn’t given, said police beat him for opening his store on Wednesday even though he thought it was protected as an essential business.

“They charged inside and started abusing and beating me,” the store owner said.

Some of the video show police forcing locals to do uncomfortable exercises like squats.

While other videos showed police beating locals with sticks.

So if you decide to violate India’s lockdown, you better be in good shape.