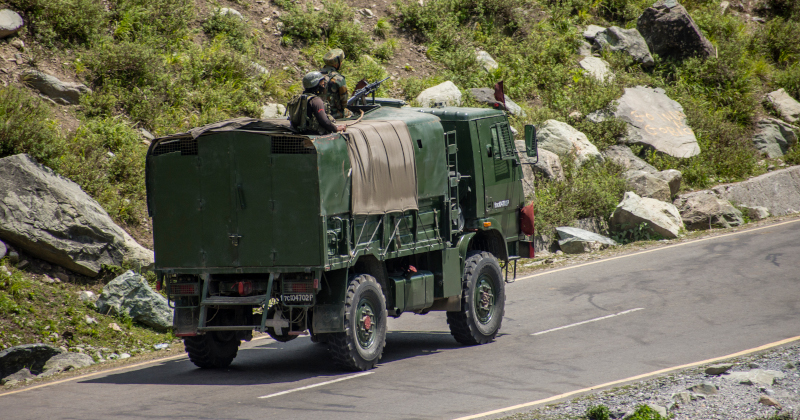 Beijing is enraged over current widespread Indian media reports that the Indian Army has been given orders to shoot or use “complete freedom of action” in hostile engagements with Chinese PLA forces along the disputed Ladakh border region.

Chinese state-media Global Times editor Hu Xijin called out the reports, saying that if the new ‘rules of engagement’ are true, it’s a serious violation of prior treaties implemented for deescalation.

Indian media reported that Indian army along the border with China had been given “complete freedom of action”, including using firearms in “extraordinary situations.” If true, this is a serious violation of agreement, & the Indian side will pay a heavy price for any such action. pic.twitter.com/ukmIZIX9Mp

The Hindustan Times for one, had this to say:

A significant change in Rules of Engagement (ROE) by the Indian Army following the Galwan Valley skirmish that left 20 Indian soldiers dead gives “complete freedom of action” to commanders deployed along the contested Line of Actual Control (LAC) to “handle situations at the tactical level,” two senior officers said on Saturday on condition of anonymity.

The commanders will no longer be bound by restrictions on the use of firearms and will have full authority to respond to “extraordinary situations” using all resources at their disposal, said one of the officers cited above.

Essentially troops will be able to fire on opposing Chinese troops if they feel under threat without consulting higher level officers or the national chain of command.

Obviously this holds the potential for more such deadly escalations as happened a week ago, considered the most severe Chinese-India clash along the Line of Actual Control (LAC) in a half-century.

The Hindustan Times report cited another military source further, who explained: “With the changes in the ROE, there’s nothing that limits the ability of Indian commanders to take whatever action they deem necessary on the LAC. ROE have been amended to address the brutal tactics being employed by Chinese troops.”

Days after the Monday night clash, which apparently did not involve discharging of firearms, but instead brutal hand-to-hand combat that resulted in Indian soldiers succumbing to severe wounds in freezing high-altitude conditions, some almost unbelievable details emerged of the “violent face-off” in the western Himalayas.


The Guardian reported that Indian soldiers actually “fell to their deaths” after being knocked off a narrow ridge:

The hand-to-hand combat lasted hours, on steep, jagged terrain, with iron bars, rocks and fists. Neither side carried guns. Most of the soldiers killed in the worst fighting between India and China in 60 years lost their footing or were knocked from the narrow Himalayan ridge, plunging to their deaths.

Other international reports said that baseball bats spiked with nails and barbed wire were even used in the clash.

At one point it reportedly involved hundreds in close-quarter combat on dangerous, steep terrain:

Reinforcements from the Indian side were summoned from a post about 2 miles away and eventually about 600 men were fighting with stones, iron rods and other makeshift weapons in near-total darkness for up to six hours, Indian government sources said, with most deaths on both sides occurring from soldiers falling or being knocked from mountain terrain.

At least four more Indian soldiers were said to be in critical condition. Indian media outlets cited intelligence sources claiming up to 50 Chinese soldiers may have been killed in the melee but did not present the evidence. Chinese CCTV’s widely watched evening news broadcast made no mention of the border confrontation on Tuesday.

Certainly with these numbers, now with an additional build-up of forces on each side said to number in the tens of thousands near the Galwan Valley area of East Ladakh, a new authorization of “shoot to kill” if under threat holds the potential to spark a major battle possibly leading to war between the two nuclear powers.

Last week top diplomats on both sides called for deescalation, but these latest Indian media reports, and subsequent accusations and anger out of Beijing, aren’t helping matters.