As NASA’s first ever designated planet hunter flies towards retirement and deep space, it’s been revealed that Kepler helped find more than 2,600 planets.

So what are the multi-million dollar spacecraft’s greatest achievements?

Undoubtedly, the sheer number of exoplanets and alien worlds uncovered by the space telescope is the statistic that immediately deserves plaudits. But delve deeper and the detail of Kepler’s work is jaw dropping. NASA astrophysics director Paul Hertz says the craft has brought humans one step closer to finding life outside Earth. High praise indeed.

With today’s announcement of the retirement of the @NASAKepler space telescope, we’re officially passing the planet-hunting torch to @NASA_TESS, which will search 200,000 of the brightest ⭐️ near the ☀️ for new worlds! Learn more about the mission: https://t.co/HYeFAnWOL7 pic.twitter.com/sxSeYO2v63

Launched in 2009, Kepler’s mission was actually born in the early 80s as scientists began to turn their attention to finding planets with similar characteristics to home. Here are just some of the cool discoveries made possible due to the intergalactic telescope.

Months after launch, Kepler found five extrasolar planets known as hot jupiters. The giant gas infernos became known as Kepler-4b, -5b, -6b, -7b and -8. Temperatures on these celestial objects were found to reach above 2,000 degrees fahrenheit.

A new study finds clouds on distant "hot Jupiters" made of manganese sulfide and silicate.https://t.co/lhfMXAtQdO pic.twitter.com/rKPMdQ2ELw

The Kepler space observatory gave scientists testing the concept of the Circumstellar Habitable Zone (CHZ) an eye in the sky and more ways to analyse their theory. Sometimes known as the ‘Goldilocks zone’, the habitable zone is the distance between a planet and its nearest star. It’s basically the threshold of temperature that would give water the best possible chance to pool.

Memorial Day weekend is almost here … and the chance to take a virtual trip 492 light years away to Kepler-186f, and Earth-size planet orbiting a small, red star. https://t.co/xBbZp1OhEF pic.twitter.com/LAcjnM9GWx

Among the planets thought to provide the best possible chances of life are Kepler-62f – which NASA’s telescope found in 2014. The exoplanet orbits a cool red dwarf star about 580 light years away.

As well as hunting down places for humans to possibly move to, Kepler also kept an eye on the intricacies of light travelling through space. One of its most intriguing observations was the dimming of a mysterious entity known as Tabby’s Star. Curiously speculated to be an ‘alien megastructure’, Kepler helped uncover the truth: the dimming was caused by clouds of dust. 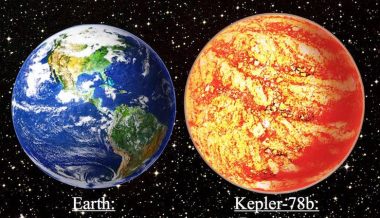 Kepler’s vast catalogue of findings make it almost impossible to list every one. However, a major milestone for the NASA mission came in 2013 when Kepler found its first earth-sized rocky planet. The exoplanet, named Kepler-78b, is close to 20 percent larger than Earth, with a molten rock surface. With an orbit pattern of just 8.5 hours, the fiery planet speeds around its nearest star.

In one of its final acts, the Kepler telescope was able to confirm the location of a planetary system similar to our own. Dubbed the Kepler 90 solar system, NASA’s craft successfully tracked down eight planets in the zone situated approximately 2,544 light years from Earth.