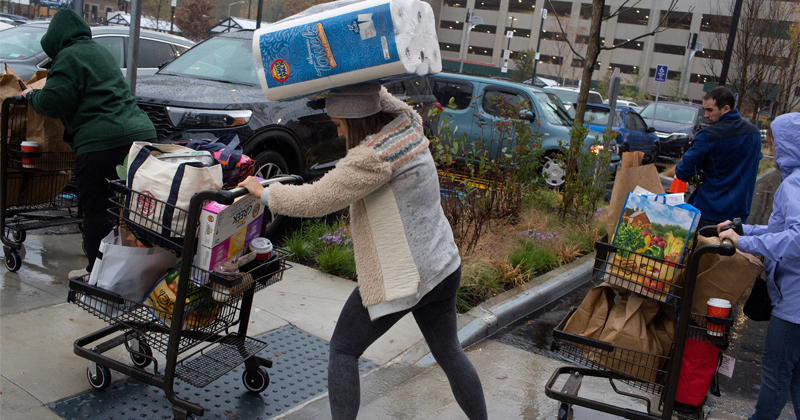 The powers that be insist that inflation is low.

In fact, the central bankers at the Federal Reserve tell us that low inflation is one of the reasons they can keep interest rates artificially low.

But everyday people who go to the store each week smell a rat. We know our dollar doesn’t stretch as far as it used to. If inflation is so low, why do prices seem to keep going up?

The only logical explanation is maybe inflation isn’t as low as the pundits keep telling us.

And in fact, by one measure, inflation is quite robust.

Before proceeding, I need to point out that I’m using the term inflation in the popular sense of rising prices. In strictly economic terms, inflation is an increase in the money supply. By that definition, there is no doubt that there is rampant inflation due to central bank money-creation.

Rising prices aren’t in-and-of-themselves inflation. They are a symptom of inflation. So far, at least as measured by the government CPI number, price inflation has been muted given the actual amount of inflation created by the central bank. It has not shown up in rising consumer prices. Instead, we’ve seen significant asset price inflation.

But there is consumer price inflation as well – as every shopper realizes. It’s simply been obscured by the way the government calculates the numbers.

The Cleveland Fed calculates what it calls “Median CPI.” And by this measure, price inflation is running hot.

In effect, the Median CPI tracks the mid-point (median) of 45 major components of the Consumer Price Index.

Median CPI was up 0.3% in January. That represents an annualized rate of 3.7%. For those of you following along at home, that’s more than 2%.

When you look at Median CPI, inflation is running far above the Federal Reserve’s 2% “symmetrical” target. That’s because the CPI calculations the Fed relies on generally tracks lower than any other inflation measure. And this is precisely why the central bankers use it.

As Peter Schiff pointed out recently, the Fed needs to hold interest rates low to prop up the bubble economy and it lacks the “tools” to aggressively fight inflation.

“The last thing the Fed wants to have to do is fight inflation because it can’t. The way the Fed is able to justify keeping interest rates as low as they are is by claiming there is no inflation, claiming that we’re below 2%. Well, what happens if we actually get to 4%? Or 5%? How is the Fed going to put that genie back in that bottle? How is the Fed going to take interest rates up to six or seven or eight percent when we have all this debt? They would force the US government into default.”

The notion that our purchasing power shrinking by 2% every year is “good for us” is absurd when you pause even for a moment and think about it. And the ugly truth is price inflation is far more rampant than we’re being told.

Money-printing is good for some people. It’s a boon for those who can afford to invest in appreciating assets. But for everyday folks just trying to make ends meet — not so much.