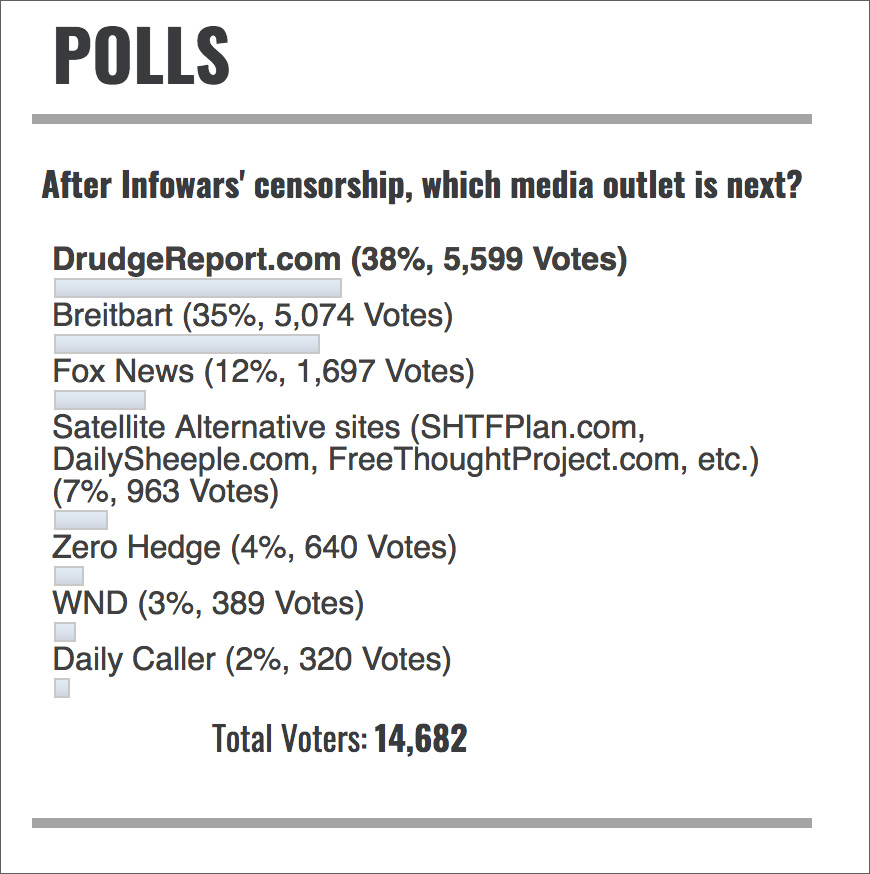 The majority of Infowarriors agreed Monday in an Infowars poll that the highly-trafficked DrudgeReport.com would be the next conservative platform to be muzzled by the Tech Left following the de-platforming of Alex Jones across the board. 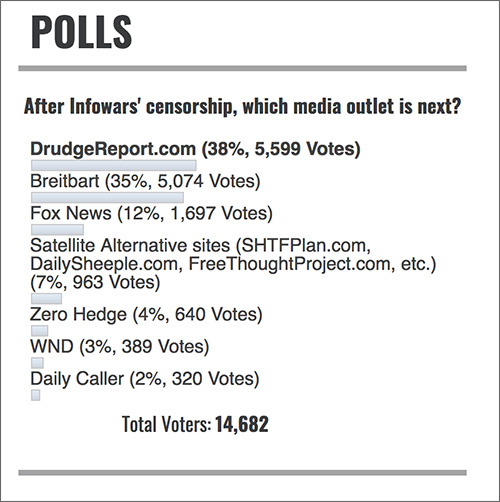 Drudge may be Big Tech’s next censorship target because his website is one of the most highly-trafficked websites in the world, and has always bucked the establishment beginning with former President Bill Clinton’s sexual misconduct with Monica Lewinsky in the late 1990s.

Additionally, amid news Infowars and Alex Jones had been banned from the big social media platforms, Drudge bypassed the online gatekeepers by linking directly to The Alex Jones Show during his broadcast so he could respond to the world.

The conservative icon was one of the first to warn of the tech companies’ plan to herd users into their “electronic ghettos,” where they would preside as arbiters of free speech and silence voices with which they disagree.

“This is ghetto. This is corporate,” Drudge told Infowars in 2015. “They are taking your energy and you get nothing in return!”

“I’m just warning this country that — don’t get into this false sense that you are an individual when you’re on Facebook. No, you’re not! You’re a pawn in their scheme.”

“I have completely remained independent from all of them. All of them! I am not influenced by any of them,” Drudge added. “I need no traffic from Google.”