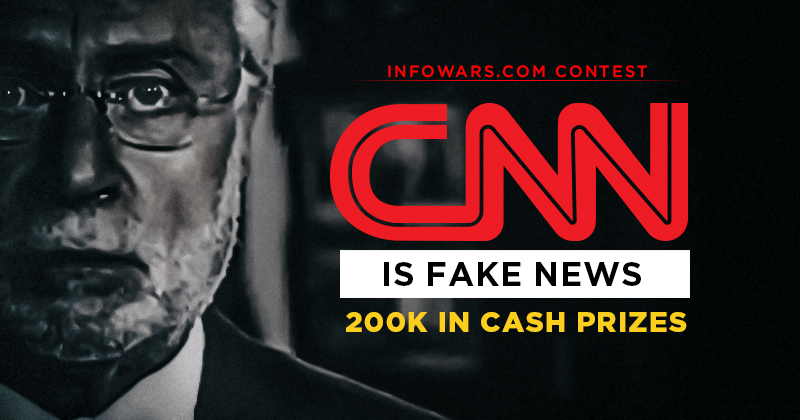 Infowars is proud to announce the ‘CNN Is Fake News’ contest, an expansion of the already successful ‘CNN Is ISIS’ contest!

The contest is simple:

The intent of the contest is to encourage YOU, the listener, to realize that YOU have the power to save civilization from the criminal cabal controlling humanity and its fake news propaganda machine called CNN.

The first thing to do is hammer the point to the public that CNN is fake news, which CNN producer John Bonifield admitted on camera to James O’Keefe and Project Veritas:

We need to come together and remind the world that CNN simply regurgitates globalist propaganda thought up by multinational thinktanks that is then fed to the public to suppress individual thought and run humanity into a ditch.

Think about it this way: when was the last time you had an argument with someone against President Trump who wasn’t just simply parroting CNN talking points?

This contest is open until we decide otherwise, or until $200,000 in prizes have been given out.

Send your submissions to [email protected]

You can also tag @realAlexJones on Twitter under the hashtag #CNNIsFakeNews

Here’s the ‘CNN Is Fake News’ and ‘CNN Is ISIS’ shirts available at InfowarsStore.com. To order, click on the shirt you like: 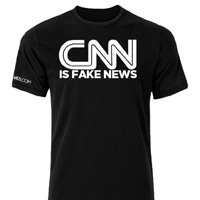