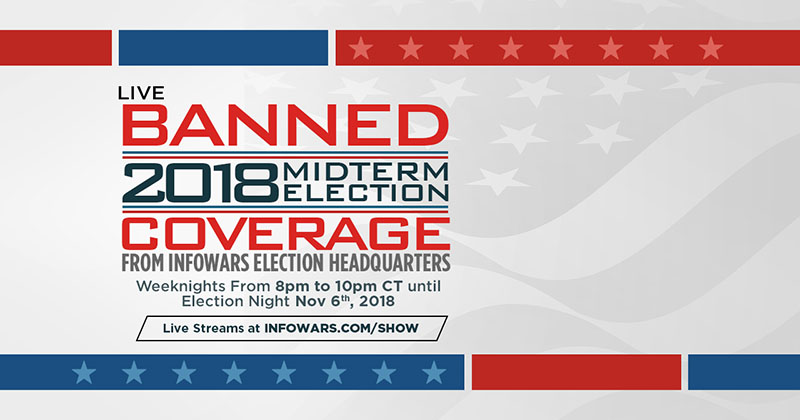 Police have arrested Cesar Sayoc, a Native American bodybuilder who apparently liked President Trump. Is he a deep state cut-out intended to make all Trump supporters look bad ahead of the midterms, or just some random crazy nutjob. We cover this tonight starting at 8pm CT, so tune in!

Infowars has launched our Banned Live Midterm Election coverage, which will feature breaking news and updates every weeknight until the midterm election on Nov. 6th.

Bookmark this page and tune in to Infowars.com/show Monday-Friday from 8-10 PM CDT to get the latest midterm developments and commentary exclusively from Alex Jones and other great Infowars hosts and guests!

Tune in at Infowars.com/show. Below you can watch our previous broadcasts.