While stopped by Austrian law enforcement near the site of the 2015 Bilderberg meeting, Infowars reporters discovered photos of themselves and their rental car’s license plate at a police checkpoint.

After being flagged yet again for a vehicle search, Infowars reporter Rob Dew noticed the passport photos of himself, Josh Owens and Paul Joseph Watson prominently placed on the interior wall of the officers’ checkpoint booth.

“If you look inside their little office… my passport, Dew’s passport and Watson’s passport and a picture of the car plate is the only thing on the entire wall,” Owens explained. “There’s a map of the place, our pictures on the wall, that’s it.”

Despite other journalists and attendees staying in the area, Owens noted that only pictures of Infowars reporters were posted by police.

Since arriving this week, the Infowars team has been subjected to numerous stops and searches by police and federal law enforcement.

After posting one such encounter to the Alex Jones Channel on YouTube, federal police even demanded to speak with Dew despite no law prohibiting the filming of police.

Although Bilderberg security, which consists of an assortment of surveillance technology, 2,000 police officers and a 6-mile security zone, appears to be particularly interested in Infowars’ coverage, no journalists have been let off easy.

The Guardian’s Charlie Skelton was subject to a midnight police raid Thursday after merely walking to his vehicle to retrieve a laptop.

“There was a searchlight mounted on top of the van pointing at me, it was like a scene from Stalag 17 – it was silly,” Skelton said.

The day prior, Skelton had penned an article entitled, “At the G7, we journalists were pampered – at Bilderberg we’re harassed by police,” which explored the stark difference between the treatment of media at both events.

Regardless of attempts to intimidate by police, Infowars will continue to provide extensive Bilderberg 2015 coverage throughout the weekend. 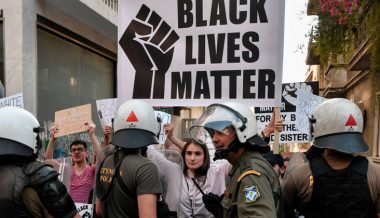 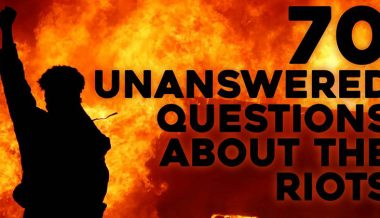 70 Unanswered Questions About The Riots

Video Shows What California Sinking Into The Ocean Would Look Like

Death and Destruction in America: The Results of Democrat Party Politics – Watch Live