Four Infowars team members, including myself, have embarked on an investigation of the West Coast examining the abnormal radiological readings witnessed in a viral Youtube video. 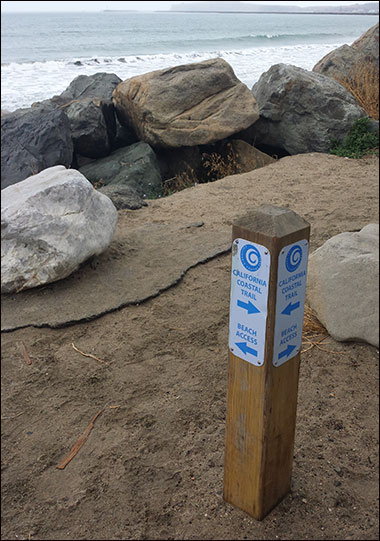 In the video, which has been seen over half a million times, a man in Half Moon Bay, Cali. encounters readings of up to 156 CPM while measuring radiation in a region known as Surfer’s Beach, due southwest of San Francisco. The video sparked inquiries into why levels appeared so high, as the normal reading in Half Moon Bay is usually around 30 CPM, according to the Half Moon Bay Review, the town’s local paper.

Working to relieve concerns that the high radiation readings indicated fallout from Japan’s Fukushima Daiichi nuclear power plant had finally reached the United States, electrical engineer Steve Weiss, a radiological expert who has worked on Geiger counters for 40 years, examined the same beach as the man in the video, and presented even worse results.

Weiss found levels well in excess of 1,400% of what acceptable amounts should be.

“It’s not normal. I’ve never seen 400 cpm when I just wave my Geiger around,” Weiss told the Review. “There has to be something radioactive for it to do that.”

After a spectrum analysis of the dirt on the cove, the paper later discovered the isotopes to be naturally occurring thorium and radium, and not cesium-137, the fissile material employed at the Fukushima reactor. This led many to scrap the notion that radiation from the damaged nuclear plant in Japan was the cause of the high readings. We, however, were not convinced, and set out on a mission to conduct radiation measurements up and down the coast.

The first beach we visited, Poplar beach, a shoreline south of Surfer’s Beach, proved to be an excellent control experiment. The radiation levels there resembled readings taken in our hotel rooms – 30 to 50 CPM – in other words normal levels.

However, when we analyzed the beach the man in the viral Youtube video examined, radiation levels exceeded his findings, and were closer to what Weiss discovered.

While the beach’s bluff gave readings of anywhere from 80 to 100 CPM, well over three times what is normal for the region, it was the black silt mentioned in the Half Moon Bay report, the same silt that Weiss examined, that gave the highest, most disturbing figures.

Secretly, I didn’t think we’d be able to replicate the man’s findings (and also secretly, I didn’t want to believe such readings were possible on a public beach), but that notion was quickly quashed when we began examining the black silt.

Unbeknownst to many of the residents of Half Moon Bay, several of whom we witnessed walk directly through the most contaminated area, black silt was found to be in excess of 370 CPM, nearly 13 times higher, or 1,200 percent higher, than normal levels.

Two different women with friendly dispositions approached us eager to know what we were up to. When we explained our intentions, they were genuinely concerned for the town’s safety, and supportive of our investigative efforts, a breath of fresh air in the media blackout concerning all things Fukushima.

Interestingly, both women, one of whom was vacationing from Alaska, mentioned they’d heard of barrels of radioactive waste being dumped into the ocean off the coast of California, leading them to speculate the high radiation readings could be related, however, neither discounted the possibility that the abnormally high readings could potentially be derived from Fukushima fallout.

Also interestingly, the woman from Alaska remarked that where she lived “tsunami debris” had begun appearing on the shores. Her testimony supports the theory that foreign material can indeed find its way across the ocean.

We were certainly glad to see citizens who were aware of the potential hazards that face them, despite the mainstream media’s lack of coverage of one of the most important news items of the century, but we were even more glad to leave the irradiated beach front.

Other places we visited, the north and south side of the Golden Gate Bridge, and various other locations throughout California, didn’t present nearly as concerning data.

We will continue to communicate our radiological findings as we make our way up the West Coast, up to Oregon, through Washington and back down to San Diego.

Below are the findings we’ve recorded thus far. Map of locations and measurements to be added soon: