SANFORD, FL – The public is currently awaiting a decision from Florida’s courts on whether or not neighborhood watch volunteer George Zimmerman will be charged for firing the fatal shot that killed teenager Trayvon Martin.

Mainline pundits even agree now that if Zimmerman were to arrested for first degree murder or even a lesser charge – it would have already happened by now.

It’s also clear that even if he were to face a criminal trial, both the media and certain left-leaning politicians’ stellar performances to date have all but guaranteed that a Geroge Zimmerman hearing would likely decend into an embarrassing OJ Simpson-style circus, and make it more complicated to assemble Zimmerman a ‘politically correct’ jury of his peers. 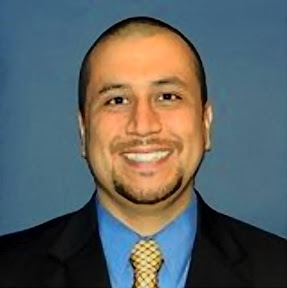 Special Florida prosecutor Angela Corey stated to the media on Monday that she would not bring the Zimmerman case before a Grand Jury, opting instead to further investigate the case and review evidence. According to the Washington Post:

“We do a thorough investigation. We make that decision ourselves,” she told the network.

Readers should also note that under Florida law, only a first-degree murder case may be presented before a Grand Jury, which would mean that extraordinary circumstances would have to come into play for Zimmerman’s case to go that far.

An Infowars source inside the Central Florida courts system, and close to the prosecutor’s office – intimated to this reporter that, indeed, Zimmerman’s case has already been deemed to be “too tough a sell for a Grand Jury”, and to expect a ‘surprise announcement’ after the special prosecutor has finished reviewing the case, possibly an announcement of a new hearing concerning the state’s laws.

Our sources explained that a new Grand Jury could very well be used at a later date, “in order to move the conversation away from the media’s current focus on race, towards a legal discussion regarding self-defense laws”.

Instead of a homicide charge, we can expect that “Florida’s ‘Stand Your Ground’ law will be revisited, at which time it looks like that the law may move in the direction of ‘retreat first’ if faced with a similar situation (as George Zimmerman).”

One of the other reasons Infowars was told that “race” may fall by the wayside in the Zimmerman case is because of an alleged soon-to-be-released report dating back to one year ago, detailing George Zimmerman’s pivotal role in helping to achieve justice for an older homeless black man in Sanford who was beaten up by a local policeman’s son, followed by a cover-up of the incident. Zimmerman went to multiple black churches in the area to seek help for the victim, and that Zimmerman’s efforts culminated in the eventual arrest of the assailant.

Apparently, information on this story has been readily available, but for whatever reason, the mainstream media has declined to follow-up on it.

In addition to the a review of Florida’s Stand Your Ground law, the case could be used as a political springboard for other more exotic election year issues – such as 2nd Ammendment Rights and gun control.

More updates on this story are expected throughout the week.