Dave McGowan
The Center for an Informed America
January 4, 2011 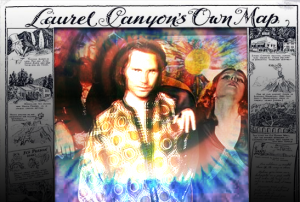 “Join me now, if you have the time, as we take a stroll down memory lane to a time nearly four-and-a-half decades ago – a time when America last had uniformed ground troops fighting a sustained and bloody battle to impose, uhmm, ‘democracy’ on a sovereign nation.

It is the first week of August, 1964, and U.S. warships under the command of U.S. Navy Admiral George Stephen Morrison have allegedly come under attack while patrolling Vietnam’s Tonkin Gulf. This event, subsequently dubbed the ‘Tonkin Gulf Incident,’ will result in the immediate passing by the U.S. Congress of the obviously pre-drafted Tonkin Gulf Resolution, which will, in turn, quickly lead to America’s deep immersion into the bloody Vietnam quagmire. Before it is over, well over fifty thousand American bodies – along with literally millions of Southeast Asian bodies – will litter the battlefields of Vietnam, Laos and Cambodia.

For the record, the Tonkin Gulf Incident appears to differ somewhat from other alleged provocations that have driven this country to war. This was not, as we have seen so many times before, a ‘false flag’ operation (which is to say, an operation that involves Uncle Sam attacking himself and then pointing an accusatory finger at someone else). It was also not, as we have also seen on more than one occasion, an attack that was quite deliberately provoked. No, what the Tonkin Gulf incident actually was, as it turns out, is an ‘attack’ that never took place at all. The entire incident, as has been all but officially acknowledged, was spun from whole cloth. (It is quite possible, however, that the intent was to provoke a defensive response, which could then be cast as an unprovoked attack on U.S ships. The ships in question were on an intelligence mission and were operating in a decidedly provocative manner. It is quite possible that when Vietnamese forces failed to respond as anticipated, Uncle Sam decided to just pretend as though they had.)