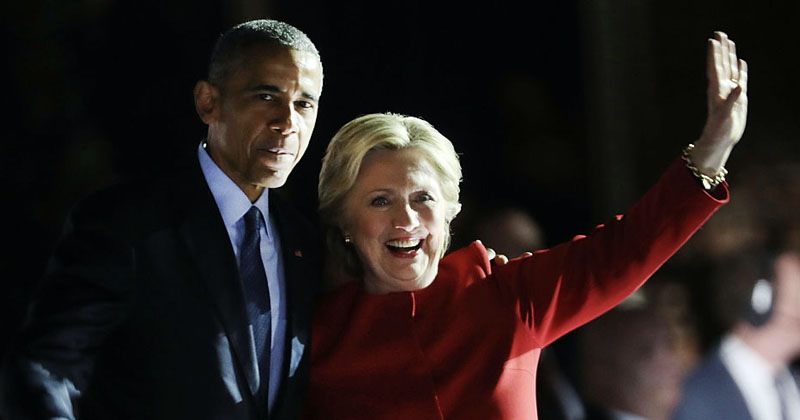 Panic over Joe Biden’s viability as Democrat nominee for president has begun sweeping through Democrat circles, with some suggesting that Hillary Clinton could jump in to replace him with Barack Obama as her running mate, according to a Washington insider.

Douglas Mackinnon, a former writer for presidents George H.W. and Ronald Reagan, penned an editorial for The Hill on Saturday revealing that many Democrats are secretly worried about Biden’s presidential prospects.

“Some Democrats tell me they fear that Biden’s political survival is getting more problematic with each passing day,” Mackinnon wrote. “They cite three main issues. The first is their concern that an allegation of sexual assault leveled against Biden by former staffer Tara Reade won’t go away anytime soon. If anything, it appears to be about to gain a new life.”

“Next, they worry that another shoe could drop regarding questions related to Biden’s son Hunter and his business dealings. Lastly, some Democrats are concerned about Biden’s age and possible cognitive issues — a concern that some also have expressed about Trump.”

Mackinnon then says Clinton and Obama could swoop in to save the nomination, simply because the left views such a ticket as formidable against President Trump.

“Who might be in consideration to become the new nominee — and who would be selected as the vice presidential running mate? Several likely combinations come to mind, starting in many minds with New York Gov. Andrew Cuomo, but one particular, truly out-of-the-box combination stops the discussion in its tracks: Hillary Clinton as the nominee and Barack Obama as her running mate,” he wrote.

“Some Democrats have confessed to me that having Biden drop out, for whatever reason, might not be bad news since they aren’t convinced he can beat Trump in November, despite polls showing him in the lead at this point. And they believe (perhaps a bit wistfully, in some respects) that a Clinton-Obama ticket would be a nightmare for Trump.”

Though the Constitution’s 12th and 22nd Amendments could present a hurdle for Obama to be reelected to the White House, Mackinnon says Democrats would nevertheless try to make it happen if Biden failed to bring confidence to the party heading into November.

“The operative word here might be ‘elected.’ If Obama were selected as Clinton’s running mate, and she had to leave office for any reason, then Obama would succeed her. At least one constitutional expert is on record saying there is nothing to prevent such a scenario,” he concluded.