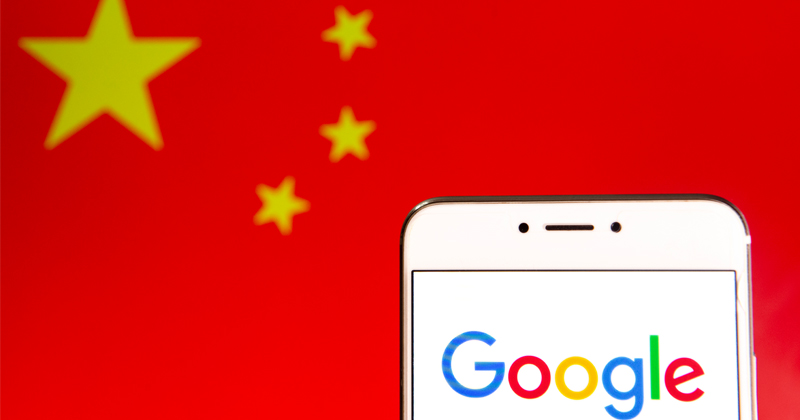 Whistleblower Zach Vorhies is raising the alarm on Google’s AI project in China that he’s calling this century’s ‘Manhattan Project’ for artificial intelligence.

Vorhies slammed Google as a national security threat for hosting its massive AI project in China while simultaneously canceling contracts with America’s military.

“The equivalent to the Manhattan Project that Google working on is called ‘DeepMinds,'” said Vorhies. “Google has been trying to deceive the public by creating a fake AI project called Dragonfly. They were telling the public that Dragonfly was their censorship weapon, but no information existed [on it] because it was a fake project.”

“You’ll know it’s a fake project because right after I disclosed ‘ML Fairness’ which is the real AI censorship project, Google decided the ruse is over and they’ll officially terminate the Dragonfly project, and that happened in July.”

“It’s not just about corporate profits, Google is now exposing itself as a national security threat,” said Vorhies. “Google is hosting its ‘AI Manhattan Project’ in a foreign country.”

“Meanwhile, Google is using deception to cancel its contracts with the United States military.”

Vorhies went on to explain that the person who knows the most about this topic is American entrepreneur Peter Thiel, who recently accused Google of treason and demanded an investigation into the company’s activities with China.

Vorhies wants patriots worldwide to sound the alarm on Google’s practices and spread the data he leaked far and wide.

“Whatever you think Google is doing, I promise you it’s way worse,” said Vorhies.

Vorhies also took the time to address the Google executives engaged in these practices.

“Your days of deception are limited,” said Vorhies. “We’re all paying attention to the things you’re saying.”

“Whatever you say is going to be audited at some point in the future and you’ll be held to account for lying to the American public.”